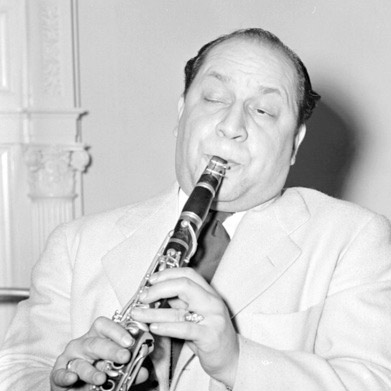 Albany Leon Bigard[1] (March 3, 1906 – June 27, 1980), aka Barney Bigard, was an American jazz clarinetist and tenor saxophonist, though primarily known for the clarinet. Bigard was born in New Orleans and studied music and clarinet with Lorenzo Tio. He moved to Chicago in the early 1920s, where he worked with Joe "King" Oliver and others. During this period, much of his recording with Oliver and others, including clarinetist Johnny Dodds, was on tenor saxophone, an instrument he played often with great lyricism, as on Oliver's hit recording of "Someday Sweetheart". In 1927 he joined Duke Ellington's band in New York, where he stayed until 1942. With Ellington, he was the featured clarinet soloist, while also doing some section work on tenor. After leaving Ellington's Orchestra, he moved to Los Angeles, California and did sound track work, including an onscreen featured role with an allstar band led by Louis Armstrong in the 1947 film New Orleans. He began working with trombonist Kid Ory's band during the late 1940s, and later worked with Louis Armstrong's touring band, the All Stars, and others. He appeared and played in the movie St. Louis Blues in 1958, with Nat King Cole,Ella Fitzgerald, Pearl Bailey and Eartha Kitt. He died in Culver City, California. 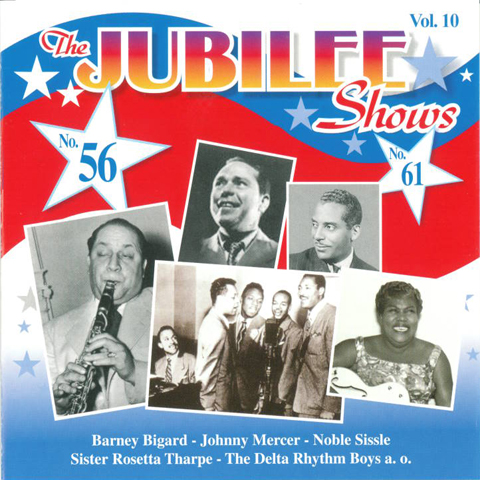 Recorded in November 1943, these two half-hour radio programs were part of a series made in the 1940's specifically for the US Armed Forces. This series of recordings represent a cross-section of the best of black entertainment of the 40's. Featured on this CD are the swing orchestras of Noble Sissle and Cee Pee Johnson, the clarinet combo of Barney Bigard, and the singing of Sister Rosetta Tharpe, The Delta Rhythm Boys and Johnny Mercer. Sister Rosetta Tharpe - one of the leading gospel performers of the time - presents a wonderful blues set where she both sings and plays guitar. The Delta Rhythm Boys were one of the top jazz vocal groups of the 40's. This CD contains some truly obscure performances.