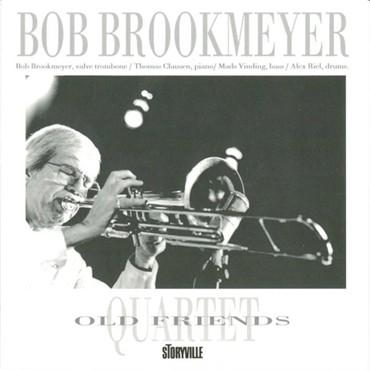 Robert Edward Brookmeyer (December 19, 1929 – December 15, 2011) was an American jazz valve trombonist, pianist, arranger, and composer. Born in Kansas City, Missouri,[2] Brookmeyer first gained widespread public attention as a member of Gerry Mulligan's quartet[3] from 1954 to 1957. He later worked with Jimmy Giuffre[4] before rejoining Mulligan's Concert Jazz Band. Robert Edward Brookmeyer was born on December 19, 1929, in Kansas City, Missouri, the only child of Elmer Edward Brookmeyer and the former Mayme Seifert. He began playing music professionally as a teenager and attended the Kansas City Conservatory of Music, but left before graduating. He played piano with the big bands of Tex Beneke and Ray McKinley, but switched his focus to valve trombone when he was with the Claude Thornhill orchestra in the early 1950s. While active on the New York jazz scene in the 1950s and 1960s, Brookmeyer was also busy in the city’s television and recording studios. He was in the house band for The Merv Griffin Show and wrote arrangements for Ray Charles and others. Brookmeyer abandoned the uncertainties of the jazz life for the financial security of full-time studio work after moving to Los Angeles in 1968. In the 1960s he also worked as a studio musician, co-led a quintet with Clark Terry and worked in and wrote for the Thad Jones/Mel Lewis Orchestra. In 1980 this band recorded an album of his compositions/arrangements on which two tracks featured Clark Terry. During his decade on the West Coast Brookmeyer struggled with a serious drinking problem and, after overcoming it, briefly considered quitting music to become an alcoholism counselor. Instead, in 1978, he returned to jazz, and to New York. Brookmeyer’s primary instrument was an unusual one: the valve trombone, played with valves like a trumpet’s rather than a slide. His big, blurry sound and graceful style were an integral part of small groups led by the saxophonists Stan Getz and Gerry Mulligan and the clarinetist Jimmy Giuffre in the 1950s, as well as a popular quintet he co-led with the trumpeter Clark Terry in the 1960s. He was also an occasional pianist, good enough to have held his own on a two-piano album with a master of that instrument, Bill Evans, in 1959. But he was best known for his writing, especially his arrangements for big bands, which at their best captured the spirit of past masters such as Duke Ellington and Count Basie while remaining thoroughly contemporary. His charts in the 1960s for Mulligan’s Concert Jazz Band and the Thad Jones/Mel Lewis Jazz Orchestra helped invigorate the big-band genre at a time when many critics considered it moribund. He later expanded his palette to include ideas from modern classical music. After a period in Europe, Brookmeyer returned to the United States, where he continued to write and record. He also taught jazz composition at the New England Conservatory of Music in Boston, Massachusetts. He was a highly respected teacher, at the Conservatory and elsewhere, including a music school he founded and ran for several years in the Netherlands. Many of the best-known members of the current generation of bandleaders consider him a mentor, among them Maria Schneider, who studied under him at the New England Conservatory. In June 2005, Brookmeyer joined ArtistShare and announced a project to fund an upcoming third album featuring his New Art Orchestra. The resulting Grammy-nominated CD, titled Spirit Music, was released in summer 2006. Brookmeyer, who lived in Grantham, New Hampshire, was named a National Endowment for the Arts Jazz Master in 2006. He received the eighth Grammy Award nomination of his career (none of the previous seven had resulted in a victory) for an arrangement from the Vanguard Jazz Orchestra’s album Forever Lasting. In September 2011, possibly his last recording Standards was released. It features the New Art Orchestra with vocalist Fay Claassen. Brookmeyer died on December 15, 2011, four days short of his 82nd birthday. 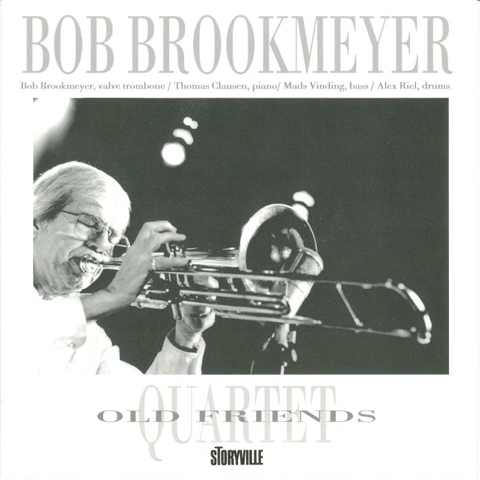 Recorded at Copenhagen Jazz House, November 30, 1994. All titles previously unissued! Bob Brookmeyer was very pleased with this session, taped by the jazz department of the Danish Broadcast Corporation."I've played with this working trio of Thomas Clausen, Mads Vinding and Alex Riel many times. We're old friends and the fact that we are so familiar with each other's approaches certainly makes all the difference. I feel these performances are very representative of our work. They are truly the cream of those sessions. The tunes, with one exception, are old popular standards which are great to play on. I've recorded them at other times and in different contexts and it was good to get back to them for detailed exploration in this intimate setting."