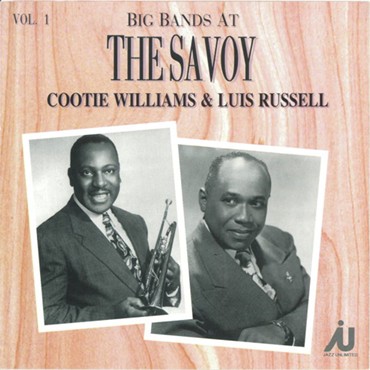 Charles Melvin "Cootie" Williams (July 10, 1911 – September 15, 1985) was an American jazz, jump blues, and rhythm and blues trumpeter. Born in Mobile, Alabama, United States, Williams began his professional career with the Young Family band, which included saxophonist Lester Young, when he was 14 years old.In 1928, he made his first recordings with pianist James P. Johnson in New York, where he also worked briefly in the bands of Chick Webb and Fletcher Henderson. He rose to prominence as a member of Duke Ellington's orchestra, with which he performed from 1929 to 1940. He also recorded his own sessions during this time, both freelance and with other Ellington sidemen. In 1940 he joined Benny Goodman's orchestra, a highly publicized move that caused quite a stir at the time (commemorated by Raymond Scott with the song "When Cootie Left the Duke"), then in 1941 formed his own orchestra, in which over the years he employed Charlie Parker, Eddie "Lockjaw" Davis, Bud Powell, Eddie Vinson, and other important young players. In 1947, Williams wrote the song "Cowpox Boogie" while recuperating from a bout with smallpox. He contracted the disease from a vaccination he insisted all band members receive. He began to play more rhythm and blues in the late 1940s. In the 1950s, he toured with small groups and fell into obscurity. In 1962, he rejoined Ellington and stayed with the orchestra until 1974, after Ellington's death. In 1975, he performed during the Super Bowl IX halftime show. Cootie Williams was renowned for his growling "jungle" style trumpet playing (in the tradition of trumpeter Bubber Miley and trombonist Joe "Tricky Sam" Nanton) and for his use of the plunger mute, and was reputed to have inspired Wynton Marsalis's use of it.Williams also sang occasionally, a notable vocal collaboration with Ellington was the piece, Echoes of the Jungle.Williams is a 1991 inductee of the Alabama Jazz Hall of Fame. Cootie Williams died in New York on September 15, 1985, at age 74. 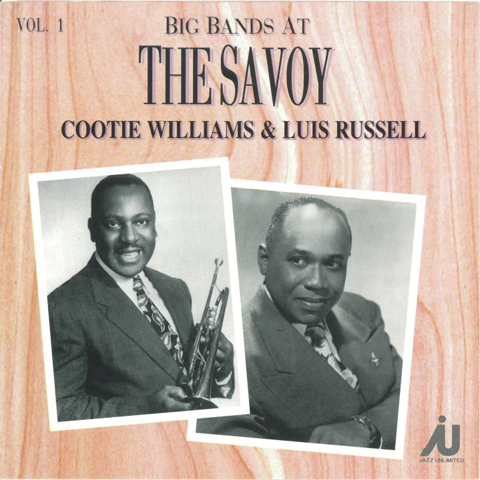 Recorded by the armed Forces Radio Service for its "One Night Stand Series", this set by Cootie Williams is representative of the band's general output and style in that the leader's trumpet playing provides the central focus and musical interest. Besides Cootie's magnificent playing throughout, the main interest here is the young Charlie Parker, whose impatient entrance on the Sextet's "Floogie Boo" heralds the new way of playing. The narne of Luis Russell (1902-1963) will forever he associated with some of the greatest jazz of the 20s but here in 1945, as one will hear on this set was rather typical of the period. However, the band does come to life on the Basie-ish “Kansas City Holiday". "Bolero At The Savoy", "The Honeydripper" and “Windy", which all offer some good Roy-to-Dizzy trumpet, the contrasting approach of the now fully warmed up tenormen. and the propelling drums of future bebop great Roy Haynes!