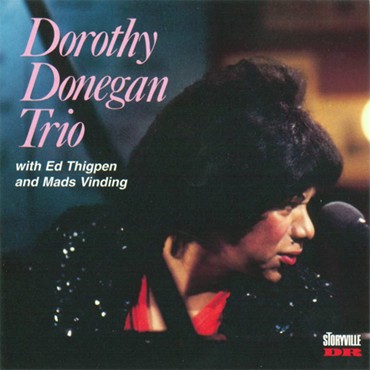 Dorothy Donegan (April 6, 1922 – May 19, 1998) was an American classically trained jazz pianist primarily known for performing in the stride piano and boogie-woogie style. She also played bop, swing jazz, and classical music. Donenegan was born and grew up in Chicago, Illinois and began studying piano at the age of eight. She took her first lessons from Alfred N. Simms, a West Indian pianist who also taught Cleo Brown. She graduated from Chicago's DuSable High School, where she studied with Walter Dyett, a gifted teacher who also worked with, among others, Dinah Washington, Johnny Griffin, Gene Ammons, and Von Freeman. She also studied at the Chicago Musical College and, later, the University of Southern California. In 1942 she made her recording debut. She appeared in Sensations of 1945 with Cab Calloway, Gene Rodgers and W. C. Fields and was known for her work in Chicago nightclubs. She was a protégée of Art Tatum, who once called her "the only woman who can make me practice." (She said about Tatum that "He was supposed to be blind...I know he could see women.In 1943, Donegan became the first Black to perform at Chicago's Orchestra Hall. She later said of this pathbreaking performance that: In the first half I played Rachmaninoff and Grieg and in the second I drug it through the swamp – played jazz. Claudia Cassidy reviewed the concert on the first page of the Chicago Tribune. She said I had a terrific technique and I looked like a Toulouse-Lautrec lithograph.In May 1983, Donegan, along with Billy Taylor, Milt Hinton, Art Blakey, Maxine Sullivan, Jackie Byard, and Eddie Locke, performed at a memorial service for Earl Hines, held at St. Peter's Evangelical Lutheran Church in New York City. Her first six albums would prove to be obscure when compared to her successes in performance. It was not until the 1980s that her work gained notice in the recorded jazz world. In particular, a recorded appearance at the 1987 Montreux Jazz Festival and her live albums from 1991 were met with acclaim. Even so, she remained best known for her live performances. She drew crowds with her eclectic mixture of styles and her flamboyant personality. Ben Ratliff argued in the New York Times that: her flamboyance helped her find work in a field that was largely hostile to women. To a certain extent, it was also her downfall; her concerts were often criticized for having an excess of personality.Donegan was outspoken about her view that sexism, along with her insistence on being paid the same rates as male musicians, had limited her career.[1] In 1992, Donegan received an "American Jazz Master" fellowship from the National Endowment for the Arts, and in 1994, an honorary doctorate from Roosevelt University.Donegan died of cancer in 1998 in Los Angeles, California. 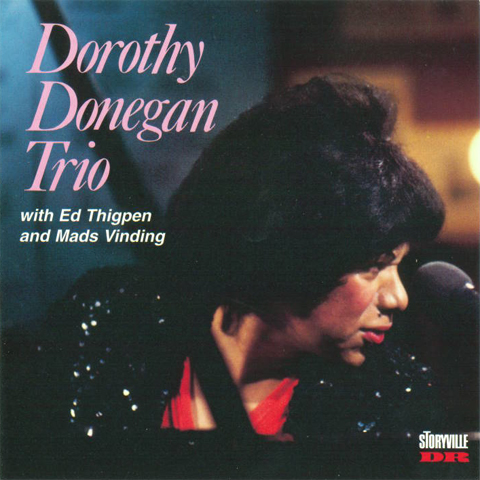 Reissued on the 2 cd digipack

A dynamic performer, Donegan steals the show wherever she performs. It’'s amazing that her name is not more recognized. In this spirited set, recorded at Jazzhus Slukefter, Copenhagen in 1980, she sticks to standards, but brings out new life and fresh ideas from the veteran tunes. With this release there's still a chance for Dorothy Donegan to become at last an overnight success! As one can hear on this frequently powerful performance, she certainty deserves it.