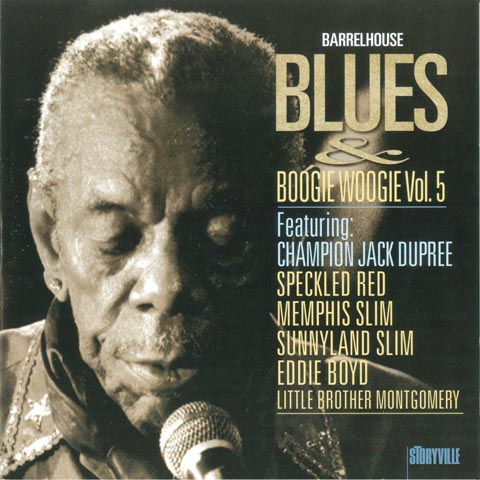 Many American bluesmusicians came to Europe during the 60ies. Many of them as part of THE AMERICAN FOLK BLUES FESTIVAL a blues package that came every year for 10 years. Each festival featured 10 famous blues artists.Storyville recorded the artists in the wee hours after they had played the evening concert. Storyville did also record some of the bluesmusicians in the studios with local musicians. Many of the bluesmen settled down and lived and performed in Europe among them are Memphis Slim, Champion Jack Dupree and Eddie Boyd. All titles on this CD are recorded in Denmark and Switzerland