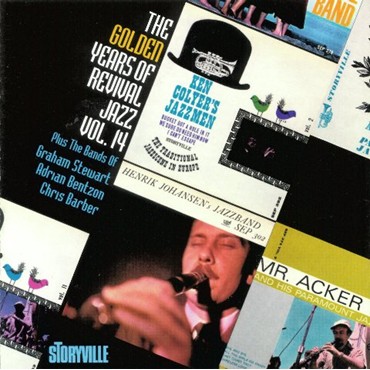 Graham Stewart was born in Scotland, where his father, an army officer, was stationed at that time, but the family moved south when he was a child, and he acquired his initial interest in jazz as a schoolboy in Croydon. He chose the trombone as his instrument, under the influence of recordings featuring the great New Orleans trombonist Kid Ory. He served in the RAF, and then qualified as a pharmacist, but did not take up his new profession in the first instance, since he had become actively involved in the traditional jazz scene. He formed his own band in 1952, then joined the better known band led by Eric Silk in 1953, remaining a member of that group until 1955, when he left to join bandleader Cy Laurie. He worked with that band for just over a year, and also recorded a number of albums with them before moving on. He then toured Poland with Dave Burnam's Band in the summer of 1956. He formed his own band in 1957, which also toured in Eastern Europe in the late-50s, and accompanied the great American clarinettist George Lewis on a European tour in 1960. The band also made a number of recordings, and was a regular fixture on the British jazz scene of the time. These were the years of the so-called Trad Boom, when artists like Acker Bilk and Kenny Ball were able to make a significant impact on the pop charts, and traditionally-based jazz styles were much in vogue. Graham joined the band led by the redoubtable Ken Colyer in 1961, and remained a member of it until 1965. He appeared on five albums with the band at that time, and was reunited with Colyer during one of Stewart's occasional visits to Britain in 1984, on a session led by pianist Johnny Parker. In 1964, however, he had taken the decision to give up music as a full-time activity, and accepted a post with a pharmaceutical firm, while continuing to freelance in London. In 1967, he moved to New York, and again combined his job with playing whenever the opportunity allowed. He was invited to play with Tony Parenti at Jimmy Ryan's saloon, a legendary traditional jazz venue in the city, and the difficulty of maintaining both activities led him to resume full-time as a musician for a period, before reverting to part-time status again. He led his own bands in New York, and worked with various local notables, including Max Kaminsky and Bob Greene. He also played with Woody Allen from time to time, and is heard on The Bunk Project recording with the film-maker and part-time clarinettist. Stewart returned to live in Britain in 1996, settling in Sarisbury, near Southampton, where he died from cancer after a lengthy illness. 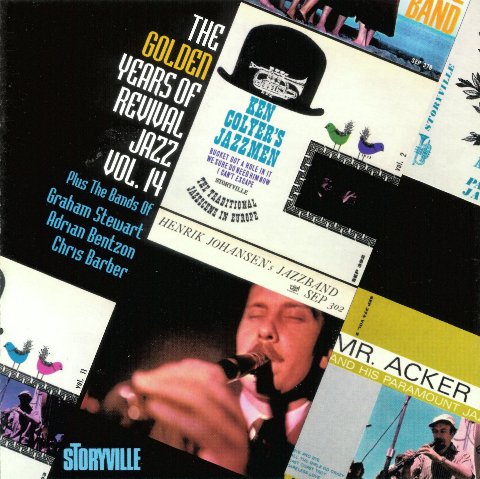