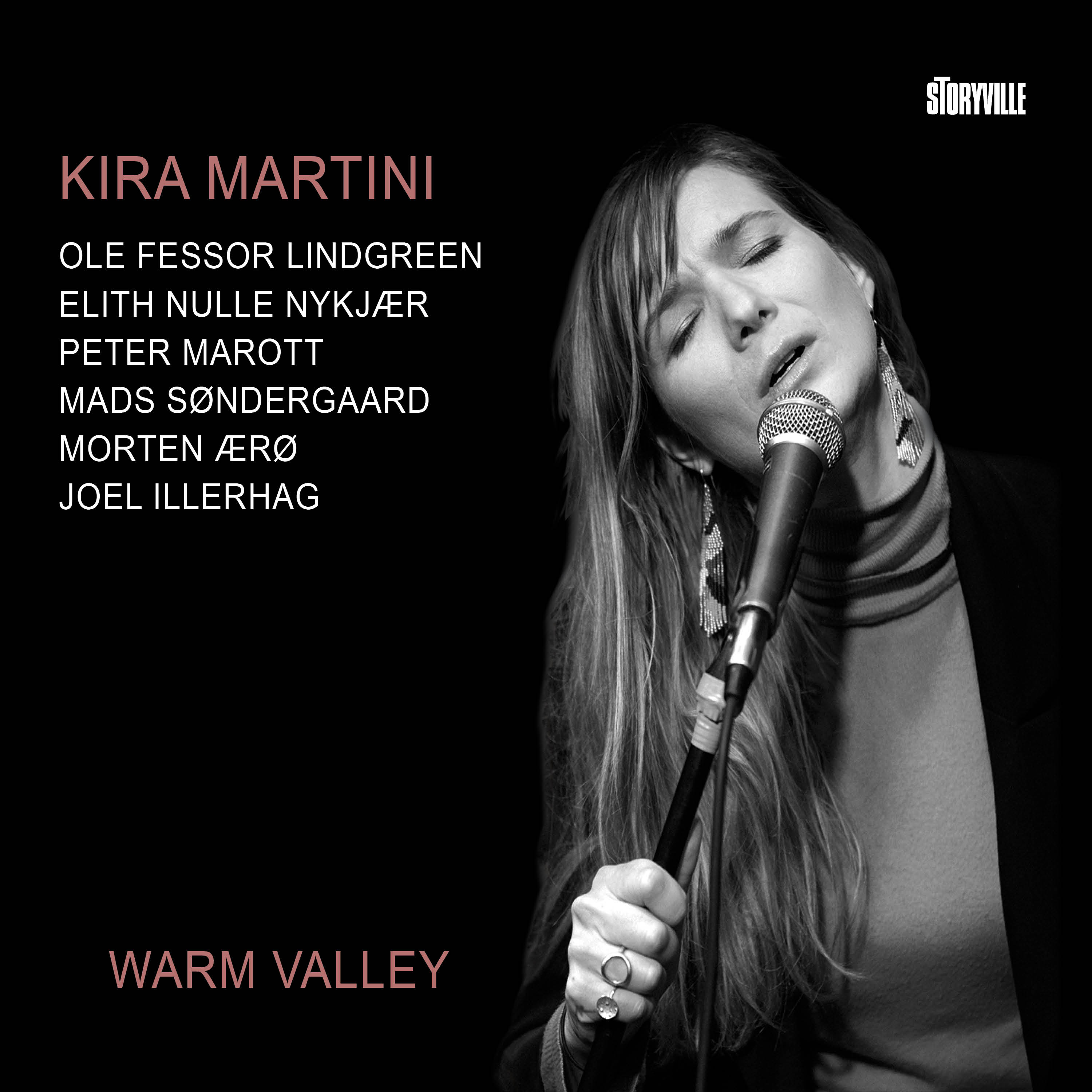 “Like lying down in a warm valley, feeling safe, surrounded by love, guidance, and still a sense of wonder, that is how I feel about this band “

In the course of the past few years, Kira Martini, has become a strong and well-known character on the danish jazzscene. With her positive energy and frank ways; her warm, true voice; and a broad repertoire of different styles, she is unlike any other singer on the scene.  Kira Martini is both a jazz singer and a songwriter, and up until now she has released 4 albums in total, with the 5th, entitled Warm Valley, ready for release. The album is a mix of great songs from the history of Jazz, but also draws on Folk and Bossa nova inspirations for its diverse expressions.

Opening track Warm Valley, a Duke Ellington composition, is a lush rendition of the classic that creates just the warmth and tenderness this track deserves. Followed by the Bob Dylan track Don’t Think Twice, It’s All Right the album sets it’s mellow pace from the start. Constantemente sees Martini singing in Portugese as she renders the beautiful Brazilian song in a version that creates a cozy and warm imagery. Cole Porter’s classic I Love Paris is interpreted in a cool, smooth version that incorporates both traditional jazz as well as more gypsy-oriented and klezmer-like vibes. A very danceable and uplifting version.

“I am so grateful for this collection of fine people. Each skilled musicians with heart and soul, that manage to bring their personalities into their playing. The combination of our very different backgrounds, ages, experience, musical references, and persons, brings a certain chemistry. Each time I get on stage with these guys, I feel I'm a part of something real special. I feel a flow of happiness, love and gratitude. I feel challenged, connected, playful, free, and above all, heard and understood.”

Warm Valley is an album that fittingly comes across as warm and welcoming. Kira Martini has partnered up with some of the best musicians Denmark has to offer, including the two gentlemen Elith ‘Nulle’ Nykjær and Ole ‘Fessor’ Lindgreen whose carreers has been active since the late 50’s.

Throughout, Warm Valley is full of great musicianship, due to its experienced players. It’s the type of album that sounds laid back and easy going and yet very focused.