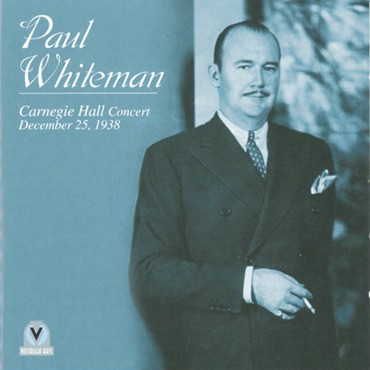 Paul Samuel Whiteman (March 28, 1890 – December 29, 1967) was an American bandleader and orchestral director. Leader of the most popular dance bands in the United States during the 1920s, Whiteman produced recordings that were immensely successful, and press notices often referred to him as the "King of Jazz". Using a large ensemble and exploring many styles of music, Whiteman is perhaps best known for his blending of symphonic music and jazz, as typified by his 1924 commissioning and debut of George Gershwin's jazz-influenced "Rhapsody In Blue". Whiteman recorded many jazz and pop standards during his career, including "Wang Wang Blues", "Mississippi Mud", "Rhapsody in Blue", "Wonderful One", "Hot Lips", "Mississippi Suite", and "Grand Canyon Suite". His popularity faded in the swing music era of the 1930s, and by the 1940s Whiteman was semi-retired from music. Whiteman's place in the history of early jazz is somewhat controversial. Detractors suggest that Whiteman's ornately-orchestrated music was jazz in name only (lacking the genre's improvisational and emotional depth), and co-opted the innovations of black musicians. Defenders note that Whiteman's fondness for jazz was genuine (he worked with black musicians as much as was feasible during an era of racial segregation), that his bands included many of the era's most esteemed white jazz musicians, and argue that Whiteman's groups handled jazz admirably as part of a larger repertoire. In his autobiography, Duke Ellington declared, "Paul Whiteman was known as the King of Jazz, and no one as yet has come near carrying that title with more certainty and dignity." Whiteman was born in Denver, Colorado. After a start as a classical violinist and violist, he led a jazz-influenced dance band, which became popular locally in San Francisco, California in 1918. In 1920 he moved with his band to New York City where they started recording for the Victor Talking Machine Company which made the Paul Whiteman Orchestra famous nationally. (In his first five recordings sessions for Victor, Aug 9-Oct 28, 1920, Whiteman used the name "Paul Whiteman and His Ambassador Orchestra," presumably because he had been playing at the Ambassador Hotel in Atlantic City; from Nov. 3, 1920, he started using "Paul Whiteman and His Orchestra.") In late 1926 Whiteman signed three candidates for his orchestra: Bing Crosby, Al Rinker, and Harry Barris. Whiteman billed the singing trio as The Rhythm Boys. Crosby's prominence in the Rhythm Boys helped launch his career as one of the most successful singers of the 20th century. Paul Robeson (1928) and Billie Holiday (1942) also recorded with the Paul Whiteman Orchestra. Whiteman signed singer Mildred Bailey in 1929 to appear on his radio program. She first recorded with the Whiteman Orchestra in 1931. Jazz musician and leader of the Mound City Blue Blowers Red McKenzie and cabaret singer Ramona Davies (billed as "Ramona and her Grand Piano") joined the Whiteman group in 1932. The King's Jesters were also with Paul Whiteman in 1931. In 1933 Whiteman had a #2 hit on the Billboard charts with the song, "Willow Weep for Me". In 1934 Paul Whiteman had his last two #1 hits, "Smoke Gets in Your Eyes", with vocals by Bob Lawrence, which was #1 for six weeks, and "Wagon Wheels", which was #1 for one week, his final hit recording. From 1920 to 1934 Whiteman had 32 #1 recordings, charting 28 of them by 1929. By contrast, during the same period, the 1920s Jazz Age, Louis Armstrong had none. In 1942 Whiteman began recording for Capitol Records, cofounded by songwriters Buddy DeSylva and Johnny Mercer and music store owner Glenn Wallichs. Whiteman and His Orchestra's recordings of "I Found a New Baby" and "The General Jumped At Dawn" was the label's first single release.[10] (Another notable Capitol record he made is the 1942 "Trav'lin Light" featuring Billie Holiday (billed as "Lady Day", due to her being under contract with another label). 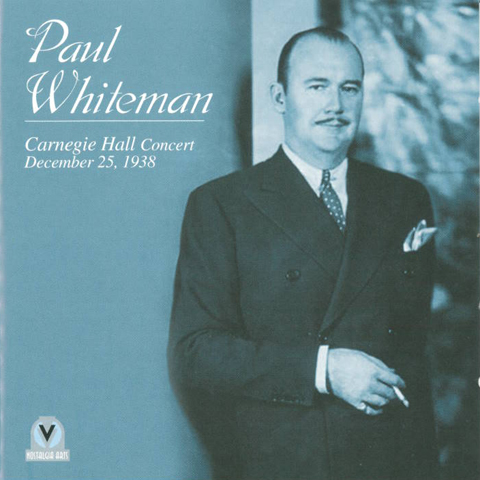 As this CD reveals, Paul Whiteman created some of the most exciting experimental symphonic jazz of all time, blending influences of Spanish, Russian, Chinese and Cuban music (to name a few) and the compositions of the Gershwin Brothers, Duke Ellington, plus classical composers like Ravel, Franz Liszt and Rimsky-Korsakov.Paul Whiteman’s music is unique in the history of jazz; its ingredients, styles and influences are too diverse to be summed up in a few words – just enjoy the music! Whiteman’s lush orchestral style has influenced countless other big bands. Whiteman’s highly skilled musicians were at home playing jazz, tango, waltzes, classical airs and even opera, which is why no other popular band of the day (or today, either, for that matter) could begin to match such a wide-ranging repertoire