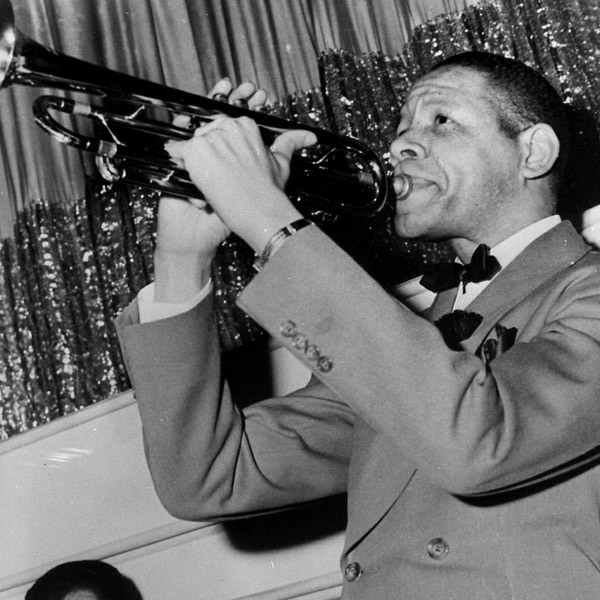 Henry James "Red" Allen (January 7, 1906 – April 17, 1967) was a jazz trumpeter and vocalist whose style has been claimed to be the first to fully incorporate the innovations of Louis Armstrong. Henry James "Red" Allen was born in the Algiers neighborhood of New Orleans, Louisiana, the son of bandleader Henry Allen. He took early trumpet lessons from Peter Bocage and Manuel Manetta. Allen's career began in Sidney Desvigne's Southern Syncopators. He was playing professionally by 1924 with the Excelsior Brass Band and the jazz dance bands of Sam Morgan, George Lewis and John Casimir. After playing on riverboats on the Mississippi River he went to Chicago in 1927 to join King Oliver's band. Around this time he made recordings on the side in the band of Clarence Williams. After returning briefly to New Orleans, where he worked with the bands of Fate Marable and Fats Pichon, he was offered a recording contract with Victor Records and returned to New York City, where he also joined the Luis Russell band, which was later fronted by Louis Armstrong in the late 1930s. In 1929 Allen joined Luis Russell's Orchestra where he was a featured soloist until 1932. Allen took part in recording sessions that year organized by Eddie Condon, some of which featured Fats Waller and/or Tommy Dorsey. He also made a series of recordings in late 1931 with Don Redman, and in 1933 he joined Fletcher Henderson's Orchestra where he stayed until 1934. He played with Lucky Millinder's Mills Blue Rhythm Band from 1934 to 1937, when he returned to Luis Russell for three more years by the time Russell's orchestra was fronted by Louis Armstrong. Allen very seldom received any solo space on recordings with Armstrong, but was prominently featured at the band's personal appearances, even getting billing as a featured attraction. As a bandleader, Allen recorded for Victor from 1929 through 1930. He made a series of recordings as co-leader with Coleman Hawkins in 1933 for ARC (Banner, Melotone, Oriole, Perfect, Romeo, etc.) and continued on as an ARC recording artist through 1935, when he was moved over to ARC's Vocalion label for a popular series of swing records from 1935 through late 1937. A number of these were quite popular at the time. He did a solitary session for Decca in 1940 and two sessions for OKeh in 1941. After World War II, he recorded for Brunswick in 1944, Victor in 1946, and Apollo in 1947. Allen continued making many recordings under his own name, as well as recording with Fats Waller and Jelly Roll Morton, and accompanying such vocalists as Victoria Spivey and Billie Holiday. After a short stint with Benny Goodman, Allen started leading his own band at The Famous Door in Manhattan. He then toured with the band around the USA into the late 1950s. In 1959 Allen made his first tour of Europe when he joined Kid Ory's band. From 1954 until the club ceased its jazz policy in 1965, Allen led the house band at New York's Metropole Cafe. 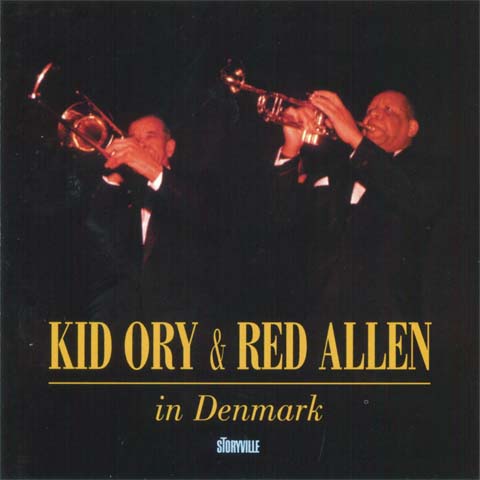 Without question, Kid Ory was the most influential trombonist in the history of jazz. His timber, attack, and nuance merged into the sweeping tailgate radiance that will always be a vital element in Dixieland jazz. For generations. musicians and fans have savored his rhythmical solos and rousing multi-octave glisses. Few jazzmen share Ory's impressive background. His characteristic mannerisms are deeply rooted in the recorded legacy of Louis Armstrong's Hot Five, Jelly Roll Morton's Red Hot Peppers, King Oliver's Dixie Syncopators, and the New Orleans Wanderers. Henry Allen's prodigious contribution to our music still shines very brightly. His tour with Kid Ory in 1959 provided European fans with a rare opportunity to hear the two New Orleans giants merging their considerable talents. On every tune, Red Allen's sparkling inventiveness, his trills glissandos, and genuine eloquence corroborate a lofty position among the revered icons of traditional jazz.