We met up with Morten Haxholm to a talk about his quartet, his compositions and what happens on stage when these musicians join forces.

Currently residing in Copenhagen, Morten Haxholm graduated with a master’s degree from the Carl Nielsen Academy in 2009 and have just finished his studies at the Rhythmic Music Conservatory in Copenhagen. He has played with many great musicians and singers from around the world and his quartet is consists of some very talented players:

Jonathan Kreisberg (g):
From New York City, Jonathan Kreisberg has played guitar and jazz from an early age, winning a scholarship at the University of Miami and going on to tour with renowned players such as Joe Henderson, Michael Brecker and Red Rodney.

On the debut album Equilibrium: Saxophonist Frederick Menzies who was the winner of Young Jazz 2006.

The quartet’s first album Equilibrium with the quartet consisting of Morten Haxholm (b), Jonathan Kreisberg (g), Ari Hoenig (dr) and Fredrick Menzies (ts) was released on Storyville Records in 2013. It received high acclaim and went on to being nominated for best danish jazz album in Jazz Special.

The quartet have just released their new album Quintessence of Dust, where instead of Frederick Menzies, Nikolaj Hess is playing the piano.

The music is Night and Day recorded live at Amagerbro Jazz, Copenhagen.

This interview was shot at the music store Musik Mick on Amagerbrogade 6, Amager, Copenhagen.

Here is a couple of videos from the Thomas Hass Trio’s and Beyond Lotus Energy cd release show at Politikens Boghal on the 22nd of September 2014.

Politikens Boghal, which is normally a bookstore, was transformed into a small cozy venue. A lot of jazz fans came, and the band played a set introducing the audience to the songs on the record and the new direction Thomas Hass takes with this project.

The sparse sound of Trio’s and Beyond focuses on clearheaded improvisations and strong melodies, as can be heard in these clips. Here is a blues, and some clips of the more representative stripped down arrangements of the compositions.

The band consists here of Thomas Hass (ts), Nikolaj Hess (e-piano), Lennart Ginman (b) and Frands Rifbjerg (dr). It is the two different trio constellations melted into one quartet for the show.

We should have one more video coming very soon.

The Spirituals LP has arrived at Storyville!

We are very happy with the result, and we can reveal that more vinyls are on the way.

Storyville has long history with many vinyl and 78’s releases, but Spirituals is the first vinyl in 23 years, so we are quite excited!

You can find a quite extensive Storyville discography here:

Today at 5 pm at Politikens Boghal, Copenhagen, DK. Thomas Hass Trio’s and Beyond will be playing a release show and you can get your copy of Lotus Energy signed.

We will of course be there filming and interviewing Thomas Hass about his music which we will bring to you shortly on this blog.

If you’re swinging by Copenhagen for the jazz festival there various opportunities to see some of Storyville’s artists in action. Check out the program here: 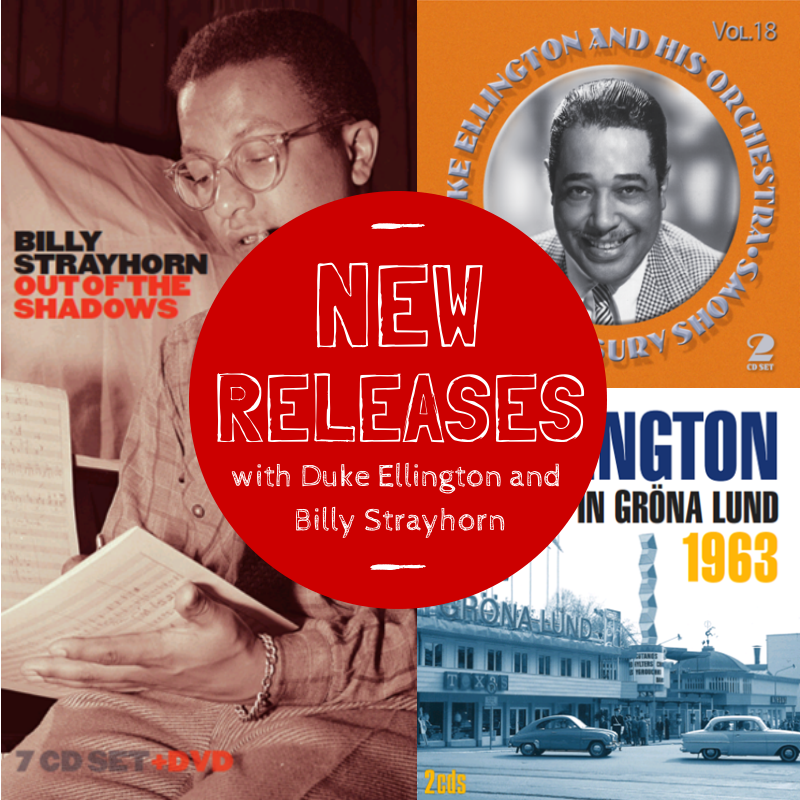 Billy Strahorn – Out Of The Shadows