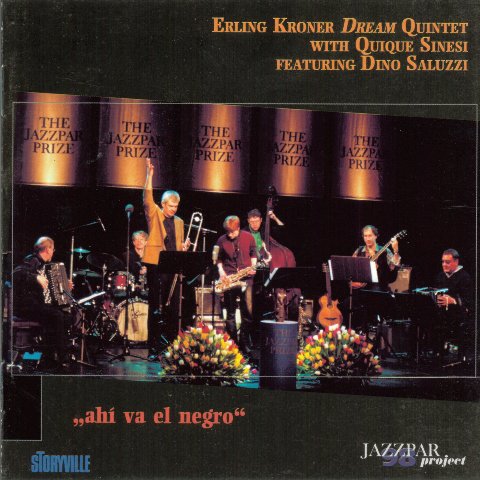 Trombonist Erling Kroner, born in 1943 is a pillar of the Danish jazz scene since the 1960s when he worked, among others, with John Tchicai. He has been a member of the Danish Radio Jazz Orchestra and Ernie Wilkins' Copenhagen-based Almost Big Band. In 1977 he was awarded the Ben Webster Prize. During five visits to Argentina, the trombonist worked with both Dino Saluzzi and Quique Sinesi, who were Kroner's first choices as guests for this 1998 JAZZPAR project CD release. The ways in which the Argentine musicians are incorporated into Kroner's pieces, and his artful combinations of the jazz and tango influences, are many and varied. In the same way, it's equally important to consider the sensitive way in which the visiting players accept the challenge of this music, and use their artistry to bring it to life! A 1998 Jazzpar Project CD Release!