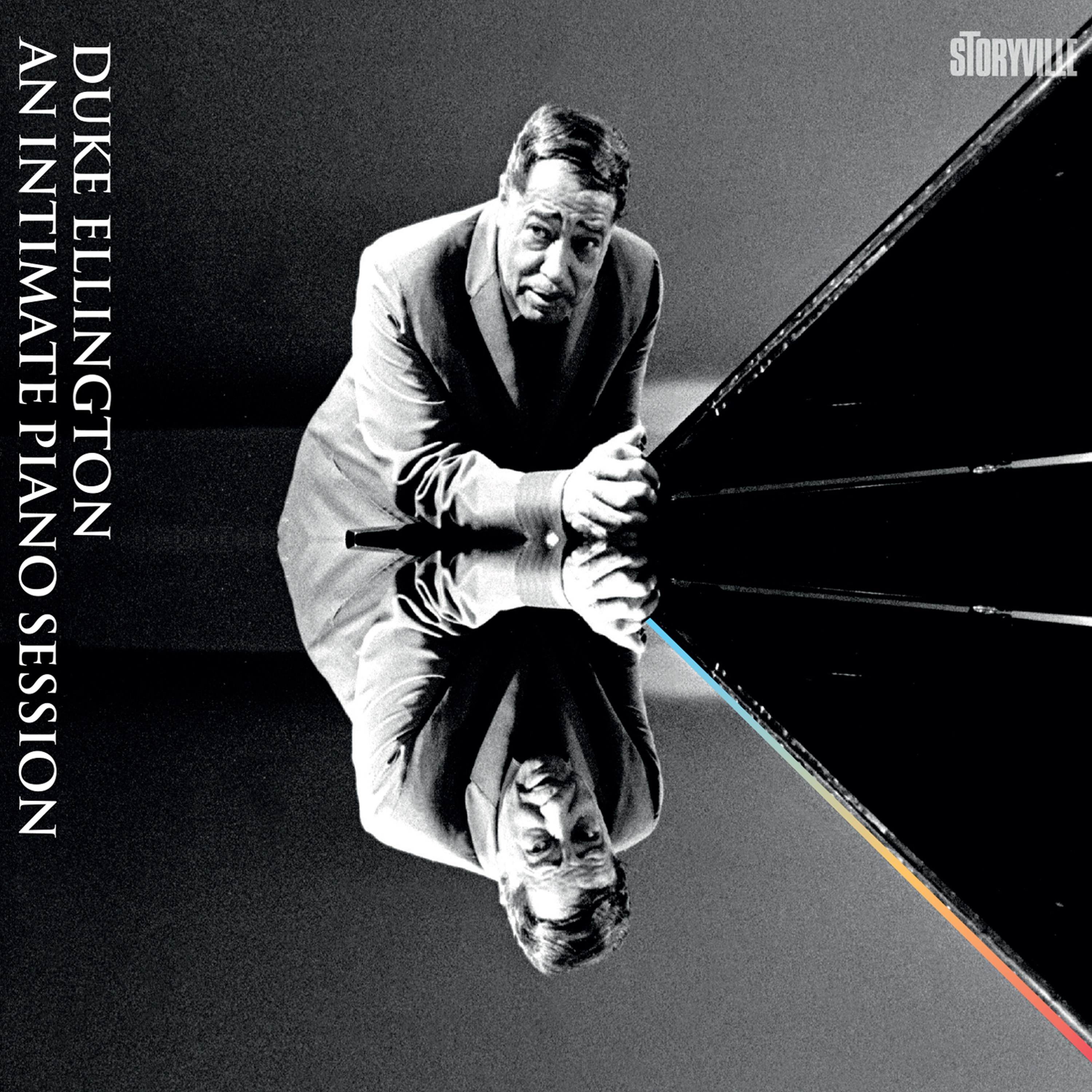 Previously unreleased music from the fingertips of Duke Ellington: An intimate 1972 session with the Duke on solo piano plus three bonus tracks from 1969.

The scene is 311 West 57 Street, New York, Mediasounds Studio A, Friday August 25th,1972. Duke Ellington was having an engagement with a smaller group at The Rainbow Grill, as he had had several times before, finishing the gig on the following night. But on the 25th, he chose also to go to the recording studio, just himself at the piano together with his two band singers Anita Moore and Tony Watkins, to record some pieces which were not played so often.

The recordings remained in his ”stockpile” until now, this being the first commercial issue of these beautiful pieces. The late Sjef Hoefsmit wrote about the session when he heard it back in 1994: ”It is difficult to understand why these magnificent recordings never have been issued”. Well, here they are at last – for all to enjoy!

Among the gems you'll find tracks such as two takes of the Billy Strayhorn composition “Lotus Blossom”, the Duke’s own “Le Sucrier Velours” and his emotional “My Mother, My Father and Love”. The latter was often performed with the Duke himself as a vocalist, reciting his own lyrics. No doubt the words meant a great deal to him, both personally and as part of his positive stories about the black communities in the USA.

The new CD contains three additional bonus tracks. On November 7th, 1969, Duke Ellington and his orchestra played two concerts in Rotterdam, in the famous De Doelen concert hall. The second concert of the evening was prolonged, as the public wouldn’t let Ellington go. So while the rest of the bandmembers left the stage, a quartet with Duke, Wild Bill Davis, bassist Victor Gaskin and drummer Rufus Jones stayed, and played four more numbers, much to the delight of the sold-out house. You can hear the whole band concert on the Storyville CD “Rotterdam 1969” (1018440), and here we offer the ”afterparty” music by the quartet.

Tracklisting to be announced

"The legend of Duke Ellington—one of very few jazzmen worthy of the overworked accolade "genius"—continues to unfold four decades after his death. Recorded two years before Ellington's death, there's a reflective, sometimes even melancholic feel to these tracks. Pianist/arranger Billy Moore Junior said that, while Duke was no Art Tatum or Teddy Wilson, he was more interesting than either of these two keyboard masters because of the substance of his playing: "You would listen to his piano and play it over and over again and be really amazed at what he was doing."

"The Intimate Piano Session is a rare chance to hear Ellington at his soloing best. This is rare Ellingtonia to be treasures."

"Recently composed pieces sit comfortably among classics from earlier eras and the overall program holds together beautifully. It's amazing that this powerfull music has never been issued before"

There is gold here.