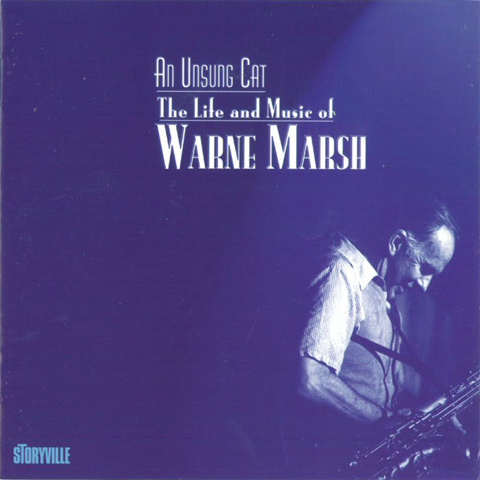 This CD spans the entire musical career of tenor saxophonist Warne Marsh, from 1945 until just before his death in 1987. Twelve of the sixteen tunes have been previously released on eight different record labels, while four numbers are previously unissued. The size of the musical constellations here range from duo to big band, although most of the recordings feature Marsh with trio backing. The earliest recording is from The Hoagy Carmichael Show on NBC in 1945; the last is a private live recording from 1987. In between are various small groups featuring alto saxophonists Lee Konitz and Art Pepper, pianists Kenny Drew, Sal Mosca and Ronnie Ball, and bassists Niels-Henning Ørsted Pedersen and Red Mitchell. Warne Marsh was one of the greatest, and most overseen, tenor saxophonists in modern jazz. Best known for his collaborations with piano legend Lennie Tristano and alto saxophonist Lee Konitz, Marsh was a brilliant and melodic improviser who formed exquisitely constructed solos. Along with a formidable technical dexterity, he was also a master at playing ballads.