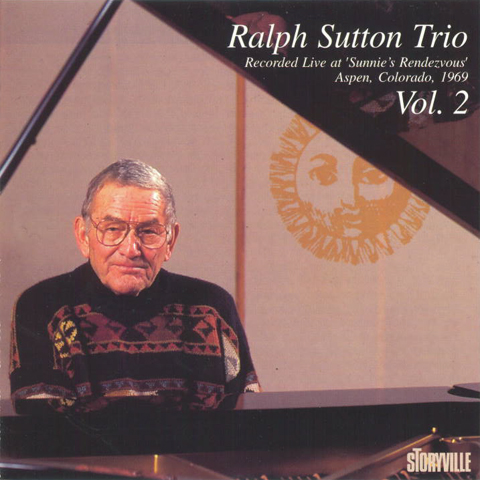 While vol. 1 of Ralp Sutton's Trio series on Storyville (STCD 8286) mostly consisted of familliar tunes interpreted in inventive fashion, the second set has more than its share of obscurities standbys. The first eight songs were composed by pianists like Earl Hines, Meade Lux Lewis, Willie 'The Lion' Smith and Fats Waller. The second half of the program has swinging versions of such standards like "Blue Lou" and an exciting rendition of "St. Louis Blues" that has some heated boogie-woogie choruses. A definite highlight are Sutton's interpretation of four selections by the forgotten rural composer Willard Robison including "'Tain't So, Honey 'Tain't So". Here Sutton shows just how well-rounded a pianist he had become after over two decades of playing in the major leagues. Still maintaining a busy schedule, Ralph Sutton's music remains timeless, undated and highly enjoyable!