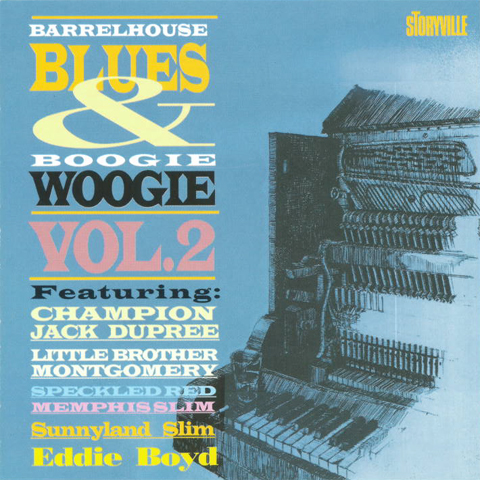 In Chicago of the '30s and '40s and in the post-war West Coast jump scene the piano was arguably the blues instrument par excellence, but by the mid-to-late 'roe work for pianists in the domestic blues front was becoming increasingly scarce. Around the same time, however. a new professional avenue was opening, with the stirrings of a "blues revival" in Europe. On the CD you'll hear not only those that stayed in Europe, Champion Jack Dupree. Memphis Slim and Eddie Boyd, but also the touring piano players such as Little Brother Montgomery, Speckled Red and Sunnylanci Slim giving you their best in a mix of Barrelhouse, Blues it Boogie Woogie TT - 64:53. (The much acclaimed vol. 1 is on STCD 8030).