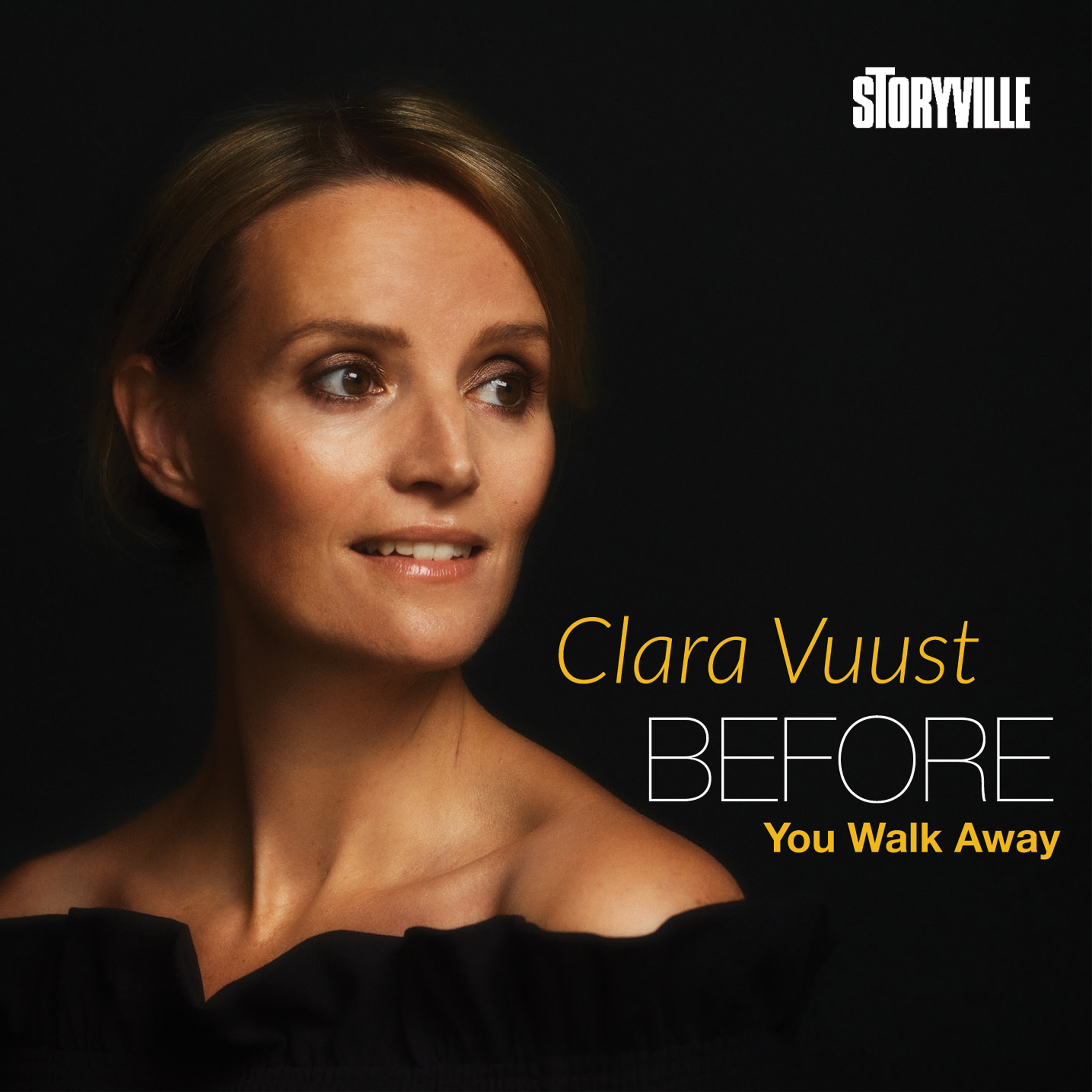 Before You Walk Away

The Danish jazz singer Clara Vuust is releasing her third studio album "Before You Walk Away" - a jazz album that combines a Nordic, lyrical vocal tradition with the Mediterranean warmth in the musical arrangements by composer and arranger Francesco Calì.

The album reflects Vuust's love for the beautiful melodies in  "The great American Songbook", but at the same time it carries a European tone that with the distinctive sound of the accordion brings to mind Italian summer nights and French chanson.

The European tone is set by British trumpet player Gerard Presencer and Italian pianist and accordionist Francesco Calì,  and through the almost chamber music like arrangements runs a somewhat melancholic vein that together with Clara Vuust's warm and alluring voice create a romantic and thoughtful atmosphere.

The songs on "Before You Walk Away" are inspired by Vuust’s fondness for the American Jazz standard repertoire, but also by her  love for Italian evergreens and French Jazz by the composer Michel Legrand among others. Her voice and interpretations draw on inspiration from great singers such as Irene Kral, the Swedish singer Monica Zetterlund and Barbra Streisand.

The title of the album  "Before You Walk Away" is a line from the song "I Wish You Love". About the choice of title Clara says: “All the songs on this album are in some way or another based on the theme of saying goodbye and parting with the ones you love. The title "Before you walk away" is a reflection upon that moment where we go our separate ways – the bittersweet sorrow, but also the love, that lies in the departure..."

Clara Vuust was born in the outskirts of Aarhus – the second biggest town in Denmark. Her childhood was all about children's choir and classical piano until, at the age of 11, she discovered jazz music. For her eleventh birthday she got a Real Book filled with jazz standards and a new world opened: Nancy Wilson, Cannonball Adderley and Ella Fitzgerald were put on repeat on the stereo. Clara Vuust grew up in a family where music was part of everyday life. Her brother is the recognized jazz-saxophone player Christian Vuust and her cousin is double-bass player and music/brain researcher Peter Vuust. Clara Vuust has her musical education as a singer from RMC – the Rhythmic Music Conservatory – in Copenhagen.

Crystal toned vocalist Clara Vuust creates sepia toned moods along with Francesco Cali/p-acc, Jeppe Holst/g, Andreas Hatholt/b, Carsten Landors/dr and Gerard  Presencer/tp-fh. She likes to create Old World atmospheres of charm as on “Joana Francesca” and “I Will Wait For You” with Holst’s guitar guiding the way. Presencer’s horn glows like a full moon on a gentle and spacious “Some Other Time” and swings easy with cali on  “Out of Nowhere” while landing softly on “Sea Lady.” Vuust brings music to create long moon shadows here, making lyrics as on “One November Day” sparkle like stars. A walk out at midnight.
- George W. Harris, Jazz Weekly