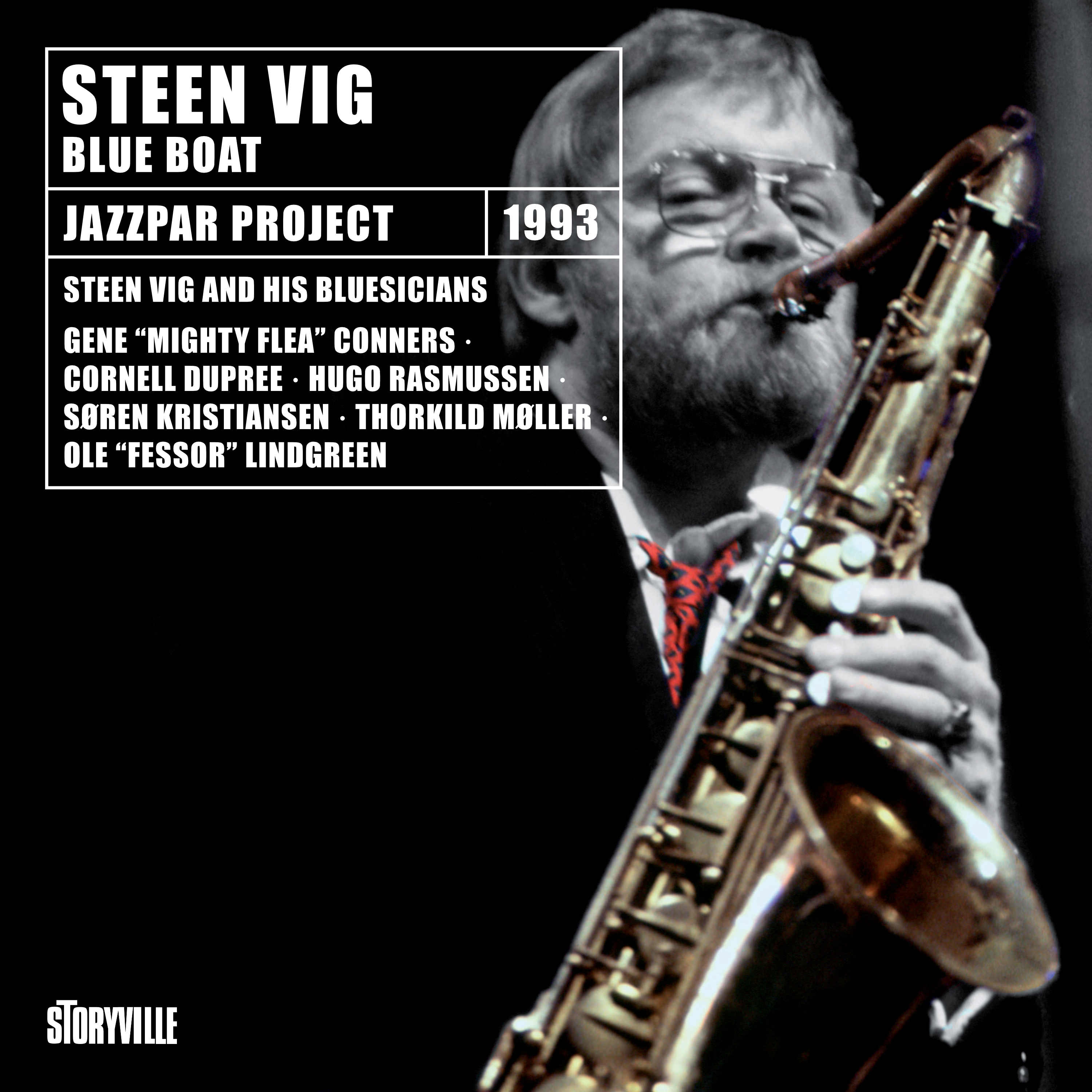 The album is out April 16th.

In 1993, Steen Vig was one of the danish musicians to receive the Jazzpar Award which consisted of appearances on the Jazzpar concert tour with the opportunity of inviting one or two international musicians of the recipients’ own choice followed up by a recording. Steen Vig decided to invite Gene “Mighty Flea” Conners and Cornell Dupree to record with him and his “Bluesicians”. The result was Blue Boat: An eclectic album spanning from Dixieland and swing to blues and funky soul jazz tunes. Unfortunately, Steen didn’t live to see the album released. He died of a heart attack in his home on January 1., 1994. He was 49.

Originally released in 1994, Blue Boat is now reissued as part of the Jazzpar Remastered series, including albums by Roy Haynes, Geri Allen, Lee Konitz and more. The Jazzpar Prize was initiated by the Danish Jazz Center in 1990. Back then, musicians spoke unofficially of the “big” and the “small” Jazzpar. The “big” Jazzpar being a statuette and a cash award of DKR. 200.000, given to a musician of international acclaim, while the “small” Jazzpar was given to two Danish artists; in 1993, those two were Steen Vig and Kim Kristensen.

The guest stars on Blue Boat gives a good indication of the stylistic range: Gene ‘Mighty Flea’ Conners, with a career covering everything from blues and early RnB to dixieland and swing jazz, joins Ole ‘Fessor’ Lindgreen on the trombone, while guitarist Cornell Dupree, who has worked with artists like Aretha Franklin, Joe Cocker and Bill Withers, brings a funky guitar and some great blues solos to the album. With energetic performances from both international stars and danish top musicians like Ole ‘Fessor’ Lindgreen and Hugo Rasmussen, this album displays Steen Vig playing at the top of his game. And he always did that:

“He was one of those musicians who gave everything he had in him each time he performed, and if necessary, he would find an extra ten percent deep down in some recess of hidden resources. He was also one of the funniest men I’ve ever met. (Listen to this album’s closing track with the Dadaistic title Hotel Blækregning – roughly translated from Danish: Hotel Arithmetic Homework,)” Paul Banks recalls.

Banks continues: “He was a long-term member of Fessor’s Big City Band, but most Mondays he played at the Copenhagen jazz club Vognporten with the Steen Vig Swingsters. Their eclectic mixture of blues, traditional jazz, swing, funky New Orleans, Beatles tunes – you name it - drew huge crowds. The band was great, but what we really came for were Steen’s saxophones. His Bechet-inspired soprano was touching and powerful, and the growling sound of his tenor was huge, warm and swinging. Sometimes when he felt the need to shift to an even higher gear, he would play both at the same time.“

Steen was one of those musicians you wanted to hear on stage for the full experience, but this recording does a good job at capturing that experience. Backed by a group of some his favorite Danish musicians and augmented with Gene ‘Mighty Flea’ Conners on trombone (and vocal) and Cornell Dupree on guitar, this album will give you a taste of why those packed evenings in Vognporten were so special.

It is very, very beautiful, whether you like the genres or not