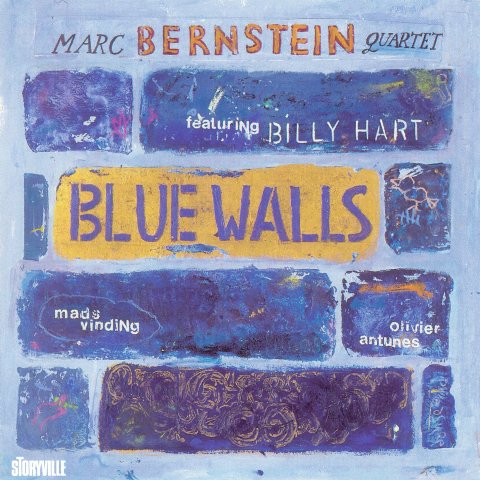 Marc Bernstein's musical odyssey began as a student at Berklee College of Music in Boston. From 1986-89 he was a member of Chico Hamilton's group. At the group's 1989 JVC Jazz Festival concert, his playing caused New York Times critic John S. Wilson to highlight Marc as "the most exciting" soloist in the group. He then went on to play with such jazz luminaries as Billy Hart and James Moody as well as making appearances with his own group at many of New York's top jazz clubs, most notably 'The Blue Note' and 'Visions'. Since moving to Denmark in 1994 he has appeared with own groups and as a member of Klüvers Big Band and Ensemble New. During this time he has performed with amongst others Bob Mintzer, Carsten Dahl, Lars Jansson, Jens Winther, Billy Cobham, one of Europe's finest bassists Mads Vinding and the incredible Billy Hart who join Marc on this, his debut album as a leader. Along with Marc, Mads and Billy is Olivier Antunes, a very promising young pianist who makes his recording debut here.