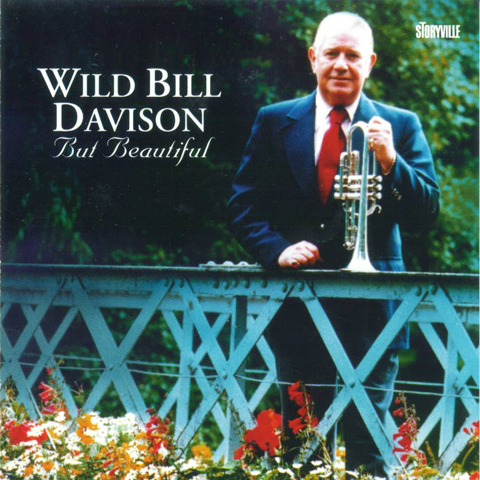 Wild Bill Davison had been a professional musician for close to twenty years before his name became well known to jazz followers. Born in Defiance, Ohio, on January 5th, 1906, he played banjo guitar and mandolin before switching to cornet and mellophone. Davison did appear in some respects an archetypal figure of the "roaring twenties," both in his musical style and his way of life His playing is mainly extroverted, direct and powerful, incorporating a variety of tonal slurs and rasps. In a Dixieland setting, Davison's work can sometimes be quite predictable, but he can play ballads with considerable sensitivity and melodic flair, as the present disc amply demonstrates. The passing of years is particular hard on brass players, yet the power of Davison's work is clearly undiminished on this album as his solo on Am I Blue, I'm Confessin' and Memories Of You quickly reveal