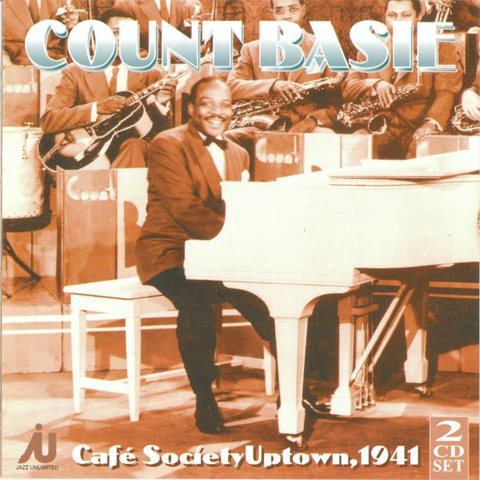 In the autumn of 1941 the Baste Orchestra opened a seven week stand at one of NewNork's most sophisticated night-spots featuring black bands, the Cafe Society (Uptown). An indication of the audience it cultivated is that it advertised its shows New York Times rather than the black press. For the Basie Orchestra, the engagement marked the last quarter of its first year without Lester Young, whose place was taken by Don Byas. This is the Old Testament band at the height of its ensemble powers and in its favourite mode – playing for an audience. This 2 CD set is another example of Jazz Unlimited’s efforts to make available to collectors important live recordings that otherwise may have been lost forever.

Count Basie And His Orchestra