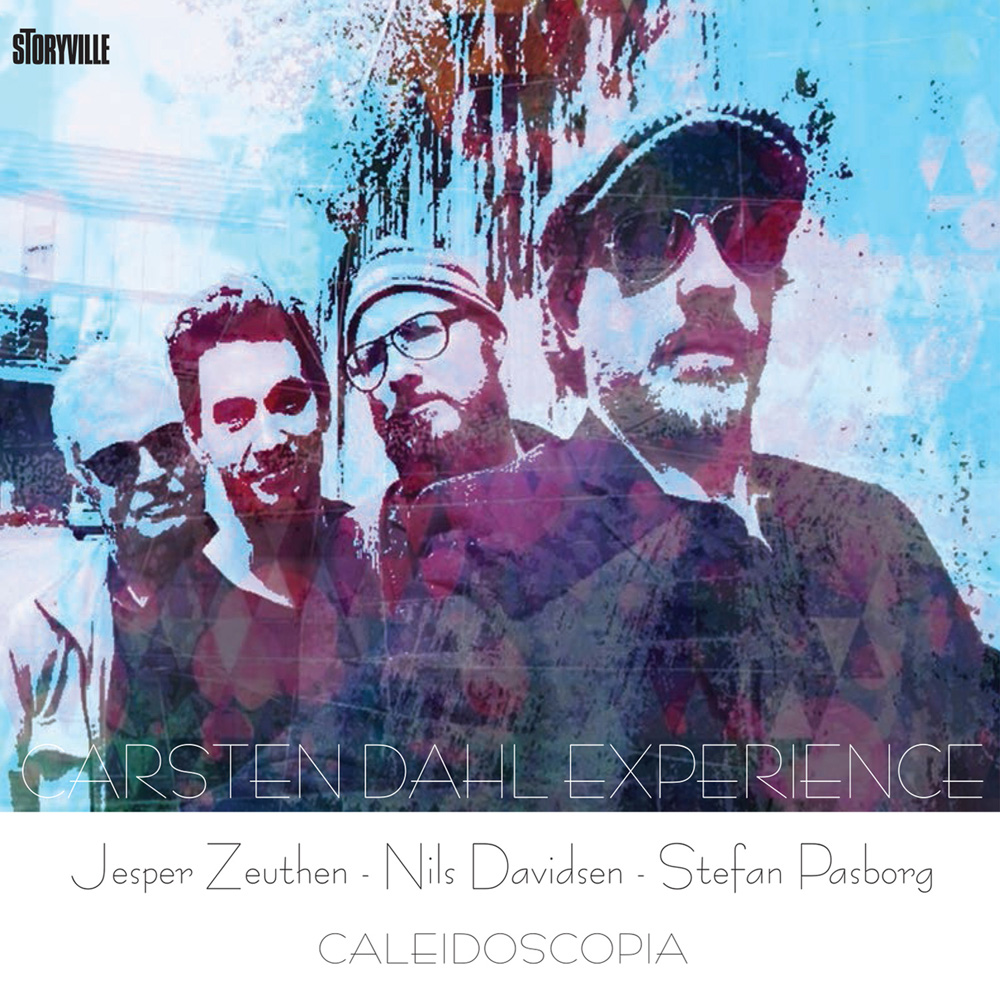 Danish Customers, Purchase Here
The Carsten Dahl Experience is back with a new album, their fourth since their formation in 2007. It all began when renowned Danish jazz pianist Carsten Dahl decided to gather some of his favorite musicians from the Danish jazz stage for a line-up in what he called a “spiritual and musical vision pointing in a lyrical direction and towards abstract music” - a group whose aim was to grow wings with the creation of music. On Caleidoscopia, they manage to levitate once again.
The Carsten Dahl Experience consists of Carsten Dahl on piano, Jesper Zeuthen on altosax, Nils Davidsen on bass and Stefan Pasborg on drums. Even though they’ll be celebrating their decennial playing together next year, their friendship and understanding of one another doesn’t make their music trivial in any way; rather, it forces them to reach higher and more complicated grounds in order to bring forward musical surprises. It’s improvisational jazz at it’s best: The music multiplies and splits up in colourful patterns and rearranges itself into ever-varying themes and motifs; like the myriad of colours and form-shifting patterns you see when looking through a kaleidoscope.

"The quartet is the closest Denmark comes to having a Jazz super group. Here, Dahl's music gets the response it requires. [...]. It's in the contrasts between quiet moments and explosive instants that the album finds its greatest strengths. According with the album title, beauty appears kaleidoscopically in a wealth of musical colours."

"Carsten Dahlhas with his orchestra Experience once again made an excellent album. And what strikes you within the first few seconds of Caleidoscopia, is the shocking force and mightiness that meets you. You soon exists in another state of mind, but still a place where something serious is at stake. The album is anything but trivial. It's important because it tells us about all the opportunites and horrors, and does so with technical and artistic ingenuity"

"Complex free jazz improvisations and simple charms-like melodies. (..) Not trivial sentimentality, but a sound that seems to come from - and go directly to - the deepest layers of music consciousness."

Nora Furious Caleidoscopia The Canvas STOP please STOP Outside from the Inside I'm Calling Experience This! Beautiful