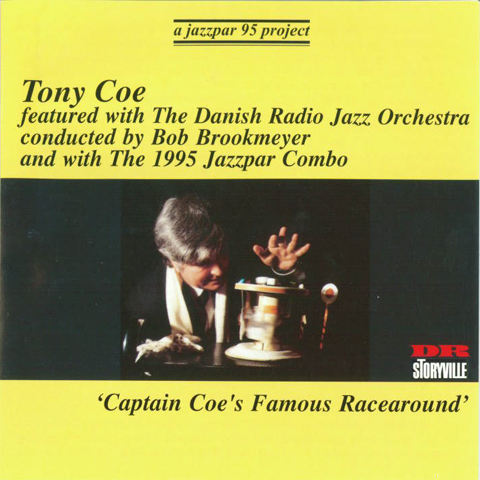 At the 1995 Jazzpar presentation, a major step was taken in choosing the first non-American international award-winner, Anthony George Coe, from England, is a remarkable musician. His earliest big-name bandleader, Humphrey Lyttetton, said of Torry that his interests run from clarinettist Barney Bigard to composer Alban Berg” for, while he made his initial reputation as a mainstream saxophonist and clarinettist, he also studied composition during his thirties with a special interest in 20th-century European writers. It was also at this period that his tenor work, previously influenced by Paul Gonsalves in particular, started to become truly individual. This led to an offer to join the Count Basie band, reluctantly turned down but perhaps compensated by recording the tenor solos for all except the first of the Pink Panther Films and by regular engagements with the multi-national Kenny Clarke-Francy Boland band. Coe's performances on this CD reveal that his contributions are informed by all his previous experience as a post-Hawkins balladeer, free improviser and heavyweight composer.