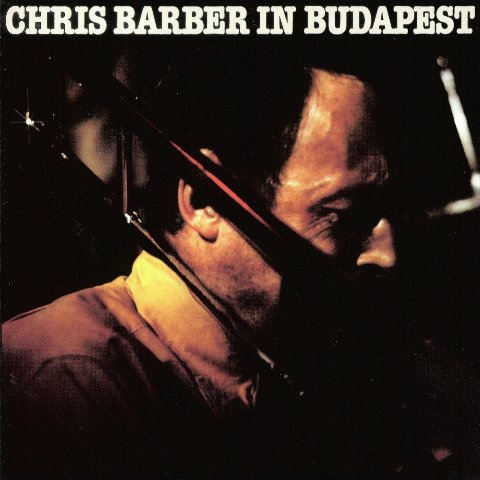 The banjo seems to have been the most reviled instrument in traditional jazz, blamed for the plodding “thunk” that characterized the rhythm sections of many of the less-than-professional bands of the “trad boom” of forty years ago. In the right hands, however, the banjo is a wonderful instrument, able to drive and swing a good traditional jazz band. The Chris Barber band has been fortunate to have enjoyed the talents of several outstanding banjo players, not the least of whom was Eddie Smith, occupant of the banjo chair from 1956 to 1964. Despite his apparent diffidence – at least on record – Eddie Smith created an unmistakable sound that as much as anything else helped to provide continuity through the transition from Monty Sunshine to Ian Wheeler. I mention all of this because Eddie rarely took a solo (his contribution to the 1957 recording of “When The Saints Go Marching In” on Chris Barber Plays, Volume 4 was a notable exception), but he makes an outstanding contribution to “Some Of These Days,” an often-played feature for trumpeter Pat Halcox (exceptionally well executed in this version recorded in 1962). Chris Barber In Budapest is a rather unusual LP (and now CD), consisting mainly of re-recordings of tunes that appeared on other discs at around the same time, but always competently played and in some cases giving us the best available version.

Lord, Lord, Lord Chiquita Mountains Of Mourne Trad Tavern Mama, he Treats Your Daught Mean Ice Cream Mood Indigo Whistling Rufus Some Of These Days This Little Light Of Mine