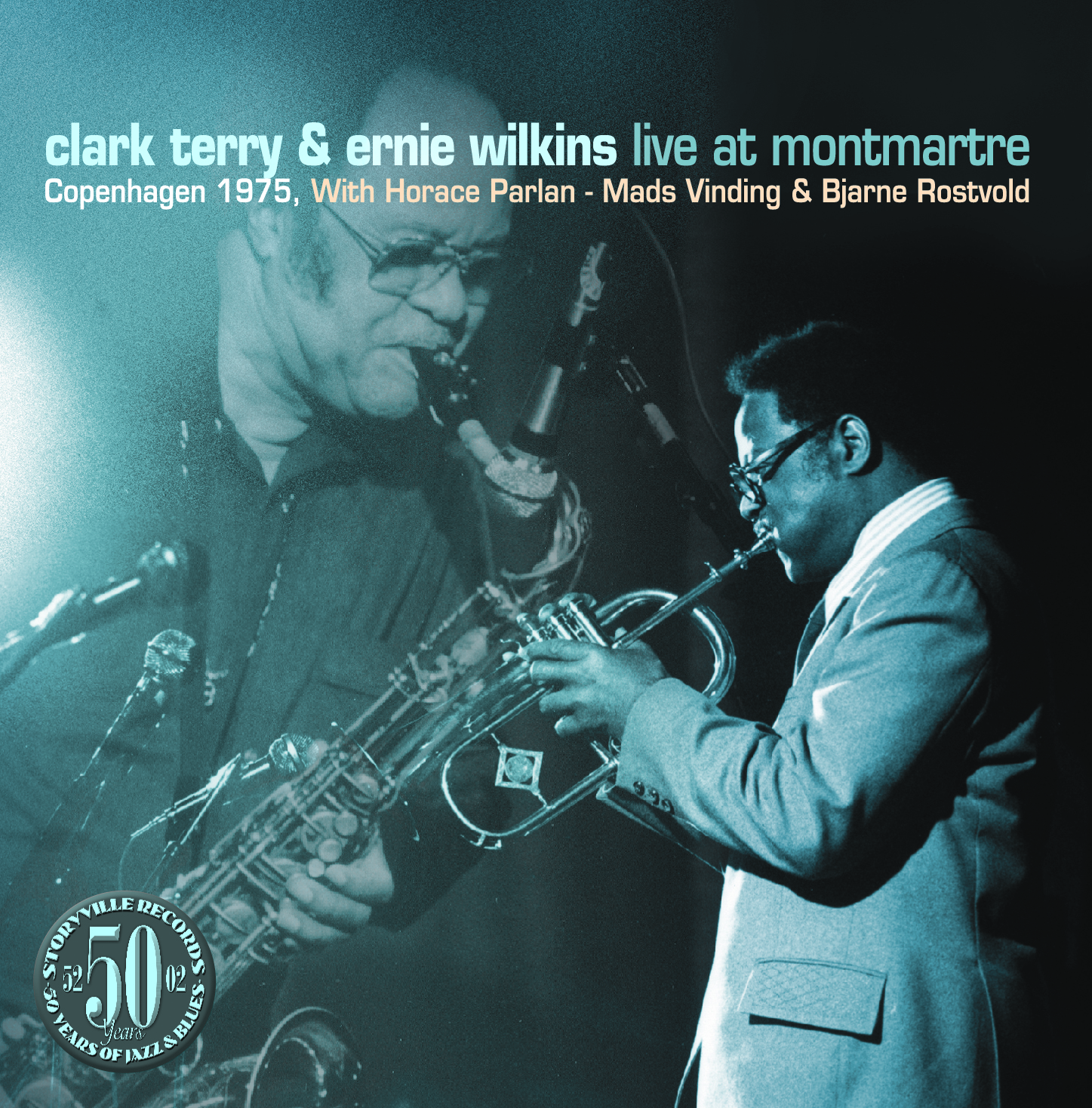 This previously unreleased music was recorded live by the Danish Radio at the famous jazz club Montmartre, in Copenhagen, in June, 1975. The CD consists of 7 tracks (69 min.), and the repertoire is a round blending of blues, standards and modern jazz, including tunes like Garner’s ”Misty”, ”Bye Bye Blackbird”, Ellington’s ”Satin Doll”, and ”The Theme”. Since Clark Terry and Ernie Wilkins had been close friends – privately and musically – since their childhood in St. Louis, there is a special communication and relaxed cohesiveness in their playing, not least of all because of their years together in the Count Basie Orch. Ernie Wilkins is best known for his great talents as composer and arranger for big bands - especially Count Basie and countless jazz singers - while Clark Terry is a premier trumpeter and flugelhorn player, famous as a soloist and as side-man in Count Basie’s Orch. The band on this CD was on a European tour at the time of this Montmartre gig, and were a tight, relaxed unit, featuring a fabulous rhythm section (Horace Parlan, Mads Vinding and Bjarne Rostvold), plus two star guests – Richard Boone and Dexter Gordon. Two of the highlights on the CD are a 15-min. version of ”Bye-Bye Blackbird” and a swinging and very funny blues, where, believe it or not, Richard Boone, Dexter Gordon and Clark Terry do some singing. High professionalism and a relaxed, good feeling make this first-time release a perfect tribute to two old friends from St. Louis, who are two of the top names in modern jazz today.