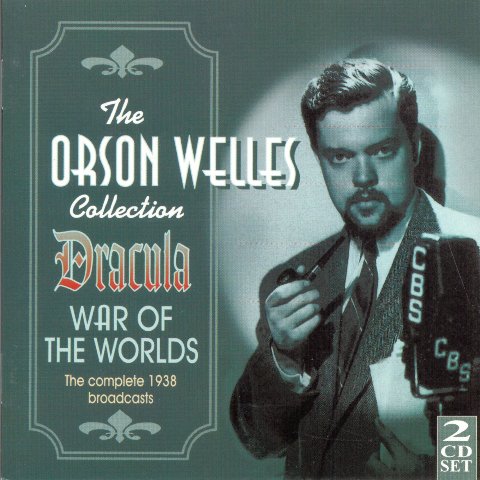 Collection, Dracula, War Of The World

Born May 6, 1915, George Orson Welles was soon regarded as a young genius. He loved Shakespeare as a child and codirected Twelfth Night at Todd Boys' School in 1933. While mounting and directing theater productions in New York, he conceived the idea of a Mercury Theater. The Mercury Theater on Air commenced in 1938. On October 30, 1938, THE WAR OF THE WORLDS spread chaos among listeners who lived near the events 'reported". The show began with Tchaikovsky theme music, and Welles noted to his audience, 'We know now that in the early years of the twentieth century this world was being watched closely by intelligence's greater than man's…" setting a stage for H. G. Wells' tale of Martian invasion on the east Coast of the United States.