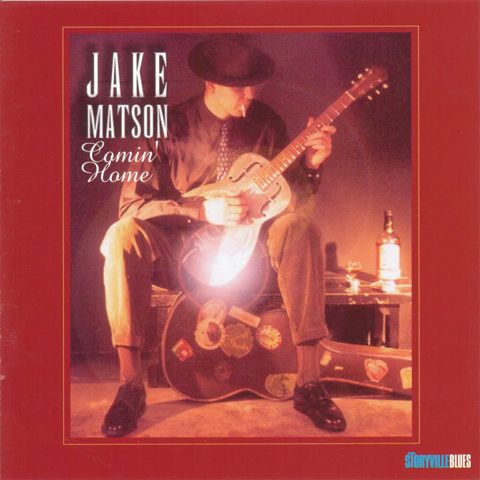 Jake Matson learned to play the blues while living in Minneapolis, Minnesota. His tour of duty with the United States Army took him all the way to Alaska, where he worked on the songs you now hold in your hands. He fashions his music with the raw energy and syncopated rhythms he absorbed from the count blues masters of the past like Son House, Blind Willie Johnson and Robert Johnson. In Jake Matson’s songs appear trains, phantom women, highways and towns, the comings and going of lovers and thieves. He sings with passion and plays his National guitar with a ringing intensity. Like the blues men he studies, Jake Matson has been taken far from home, but along the way he has cultivated a genuine feeling for the rollicking good time beat of the country blues.