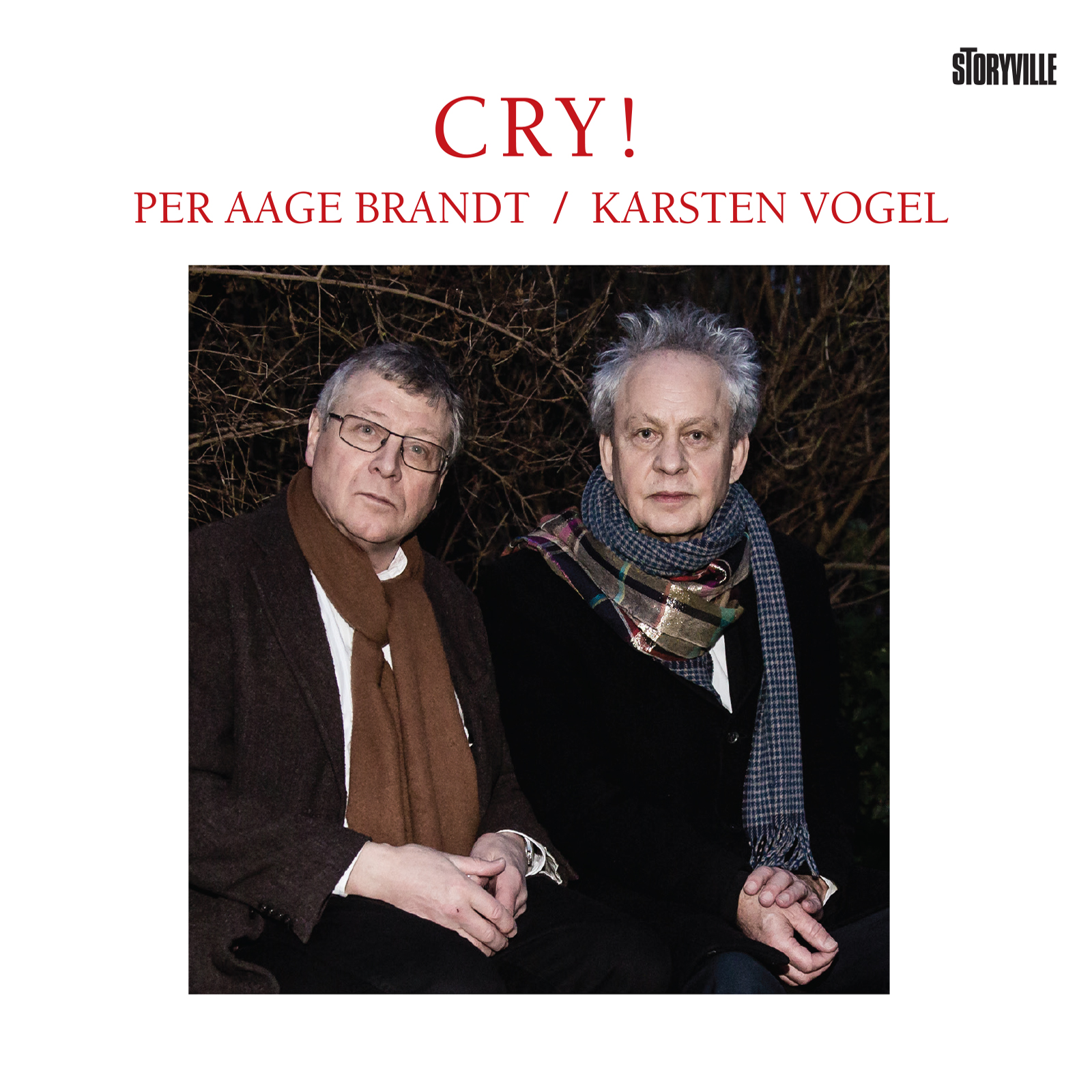 In the year of the 50th anniversary of Per Aage Brandt and Karsten Vogel’s joint record debut in 1966, ten freshly recorded pieces of music are issued on Storyville Records. They represent Danish avant-garde jazz in its original form.

In the late 1950s and early 1960s, Per Aage Brandt and Karsten Vogel were high profile musicians in the avant-garde jazz environment that had found a growth centre in Copenhagen, a movement whose likes were only found and practiced in New York at the time. In 1963, they won the “Danish Jazz Championships” and in the years hereafter they were often heard on both the TV and the radio. ! In the second half of the 1960s Karsten Vogel dedicated himself to his work with Burnin’ Red Ivanhoe (which in many ways took off from the musical experiences earned in avant-garde jazz) and later the band Secret Oyster. Per Aage Brandt slowly became absorbed in poetry and philosophy of language – areas in which he has made a name for himself in many parts of the world and where he has earned professorships in California and Ohio among other places. For lack of time the collaboration between the two pioneers unfortunately could not continue.
Short after the millennium it was nevertheless resumed, and together they have played concerts in both Villeneuve sur Yonne near Paris, where Per Aage Brandt now lives, and in Copenhagen. On Karsten Vogel’s initiative, they took op playing again in October 2015 along with Danish drummer Klaus Menzer and the France-based Italian bassist Flavio Perrella.
The outcome is 50 minutes of ecstatic jazz, beautiful passages and lots of original piano, convincing saxophone and an iconic style frame.

"A deeply satisfying album which deserves wider international exposure. There aren't many alto saxophonists to whom I'd rather be listening. Karsten has always tempered the raw passion of the music of his youth with a delicate lyricism that occasionally turns into a very touching fragility. He has a lovely tone -- slender, fibrous and very human -- and a shallow vibrato: a highly distinctive combination. If you listen to one of his improvisations and just concentrate on the shaping of his phrases, it can be a good reminder of how inventive and unpredictable a great jazz musician can be."

"In all, this is a fun and magical trip back to the early 60s in the Brandt/Vogel wayback machine."