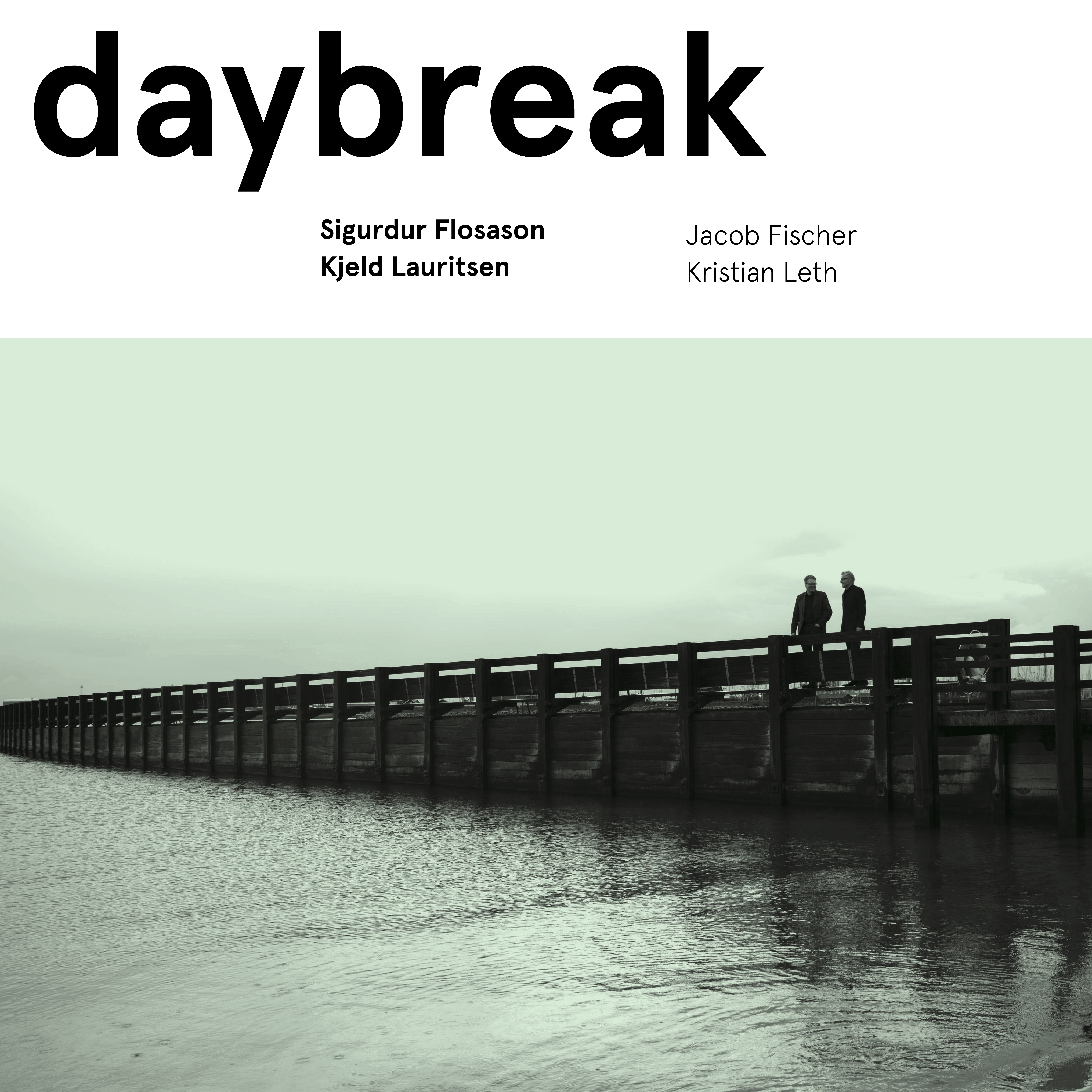 Icelandic saxophone player Sigurdur Flosasan and Danish Hammond B3 player Kjeld Lauritsen are releasing their new album “Daybreak” on Storyville Records. The album features beautiful and intimate jazz ballads with a Scandinavian sound, inspired by the special musical feeling that emerges when night turns to day.

The album is a follow-up to their previous success “Nightfall” - also on Storyville Records. On both albums musicians embrace the ballad repertoire in collaboration with internationally renowned guitarist Jacob Fischer and swing drummer Kristian Leth.  The tunes are inspired by what musicians play together in the wee small hours after a late night gig, when most of the audience has gone home. As Sigurdur Flosason explains, this music has a special feeling:

"The morning’s music has nothing to prove. It simply is, neither old nor new, complex nor simple. In a way it is the core and the essence of all music."

On this album the musicians has taken the idea even further, explicitly choosing songs such as “Morning Glory” and “The Night We Called it a Day” - songs that all relate to daybreak. A collection of songs where Kjeld Lauritsen recommends:

"Enjoy this music with a Sunday morning cup of coffee, a late night whisky or, who knows, at Daybreak."

"Great album whether you listen to it in the early morning hours or at a lively party."

"...Flosason breathes new life into one of Ellington's less distinguisehed tunes, followed by a fine solo with calypso leanings from guitarist Jacob Fisher "

"Daybreak is a wonderful soundtrack for the morning coffee and the parting with the night."

Bird Is the Worm

"Cool blues sound from this quartet of sax, Hammond B3 organ, guitar and drums.  Spends equal time on the simmering slow tunes as it does the swing.  And what it does, it does with feeling."

"Complementing 2012 release 'Nightfall', which features the same quartet, 'In the Wee Small Hours of the Morning' sums up the album, chilled and contemplative sax from the Icelandic leading light Flosason as the main lead instrument with guitarist Fischer taking some tasty solos now and then excelling particularly on 'Blue Moon'."

Mellow perfection all round in the perfect album to de-stress yourself after one of those days (or nights).

The Night We Called It a Day Blue Moon Dreamsville You Stepped out of a Dream In the Wee Small Hours of the Morning I Like the Sunrise Softly, As in a Morning Sunrise Morning Glory Oh, What a Beautiful Mornin'