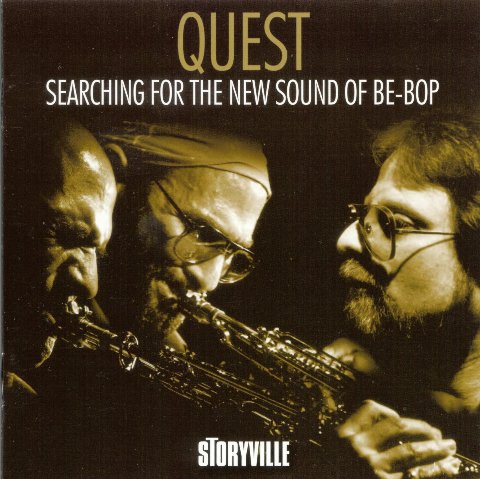 Searching For The New Sound Of Be-Bop

QUEST. 2 CD’s David Liebman and Richard Beirach visited Denmark three consecutive years 1985,1986 and 1987. In 1985 as a duo where they did a studio recording playing jazz standards like Naima, Lover Man, Oleo, Round Midnight, India, On Green Dolphin Street and Some Other Time. In 1986 they have added Ron McClure (b) and Billy Hart (dr) Again they did a studio recording playing compositions by David Liebman and Richard Beirach. Finally in 1987 they did a live recording at Copenhagen’s famous Jazz Club “The Montmartre” with the same group as 1986 and this time they recorded compositions by all four musicians.