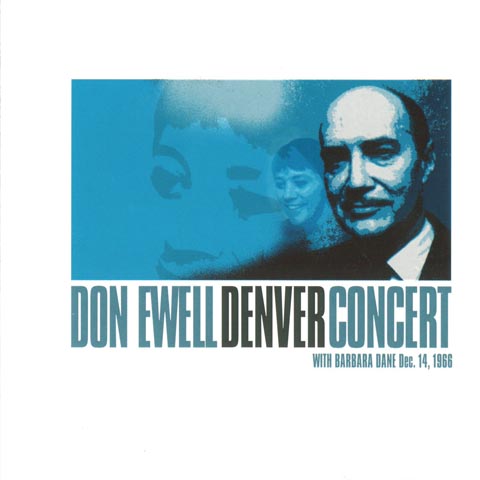 The 15 tunes (69 min.) on this CD were recorded live in concert in Denver, Colorado, in 1966. Six of the numbers have never been previously released; the rest were originally released on LP on the Pumpkin record label. Don Ewell plays stride piano, strongly influenced by Jelly Roll Morton and Fats Waller. The repertoire on the CD is based on compositions by the great stride pianists Jelly Roll Morton, Fats Waller and Earl Hines.Don Ewell did not do much recording and therefore, as prominent jazz journalist Alun Morgan says: "We are fortunate to have this (CD) representing Don Ewell at his best." Ewell, himself, was very pleased that night in Denver, Colorado; everything was right:the atmosphere, the piano, the recording and, not least of all - the band and the music. Besides being a great stride piano player, Ewell could definitely play the blues - just listen to his version of "See See Rider" on this CD

Jelly Rol Morton Medley The Pearls Kansas City Stomp Oh, Papa Cake Walkin' Babies From Home Earl Hines Medley See See Rider I Ain't Gonna Give Nobody None Of Of My Jelly Roll Fats Waller Medley Good Morning Blues Wild Women Don't Have No Blues Nobody Knows You When You're Down And Out San Francisco Bay Blues Trouble In Mind Careless Low