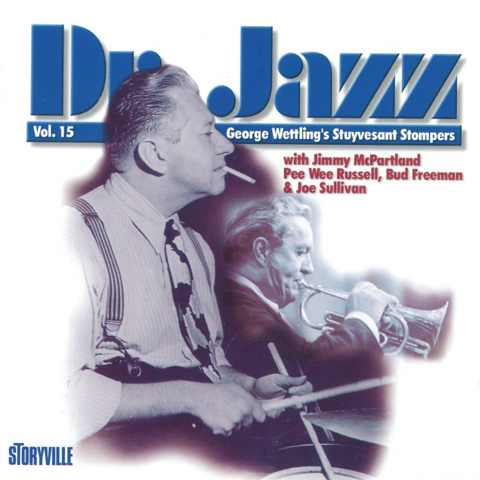 This CD consists of live radio broadcasts from the Stuyvesant Casino in New York City, which was a known hot-spot for Dixieland bands at the time of these 1952 recordings. While the line-up of musicians varies slightly on the five different dates included here, it consists largely of the best Dixieland and swing musicians on the scene at that time. The musical repertoire, therefore, is classical Dixieland blended with a few Rogers & Hart and Gershwin favourites. Although drummer George Wettling is designated as leader, cornetists Jimmy MvPartland and tenor saxophonist Bud Freeman are equally prominent on this album. Here you have hot, exuberant Dixieland jazz at its best, performed live before an enthusiastic crowd.