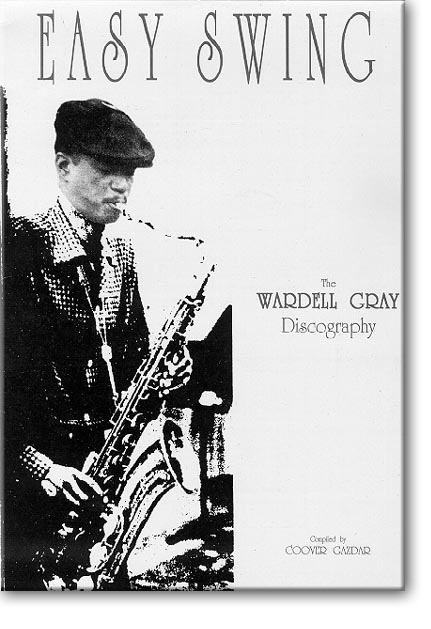 At the end of May 1955, Wardell Gray died, in Las Vegas, of causes that were never properly determined: Jazz lost a distinguished and distinguishable voice. His recording career ran a scant dozen years and yet he had played alongside Earl Hines, Dexter Gordon, Charlie Parker, Benny Goodman, Count Basie - to name some of the important luminaries - and always with distinction. His solo comments were invariably interesting both at jam sessions at the Royal Roost or at concert/club dates in Los Angeles. Unfortunately, this enormous talent has been all but forgotten today. The Gray discography is not vast. The recording-ban deprived musicians of the opportunity to state their case; besides, Wardell spent extended periods with Benny Goodman and Count Basie and neither was recording prolifically at the time. The Central Avenue and general Jazz scene in Los Angeles, of which Wardell was an important member in the 1945-47 period, rapidly faded away by the time he returned a few years later The crux was that, by the fifties, jazz had lost some of its post WW II urgency and appeal and Wardell Like many others was caught in the vortex. The discography helps to trace the development of a major stylist, in relation to other giants as they all fashioned the course Modern Jazz was taking during its important and formative years. Full index of titles, including all major releases. First published May 1997 Soft cover A4, 36 pages