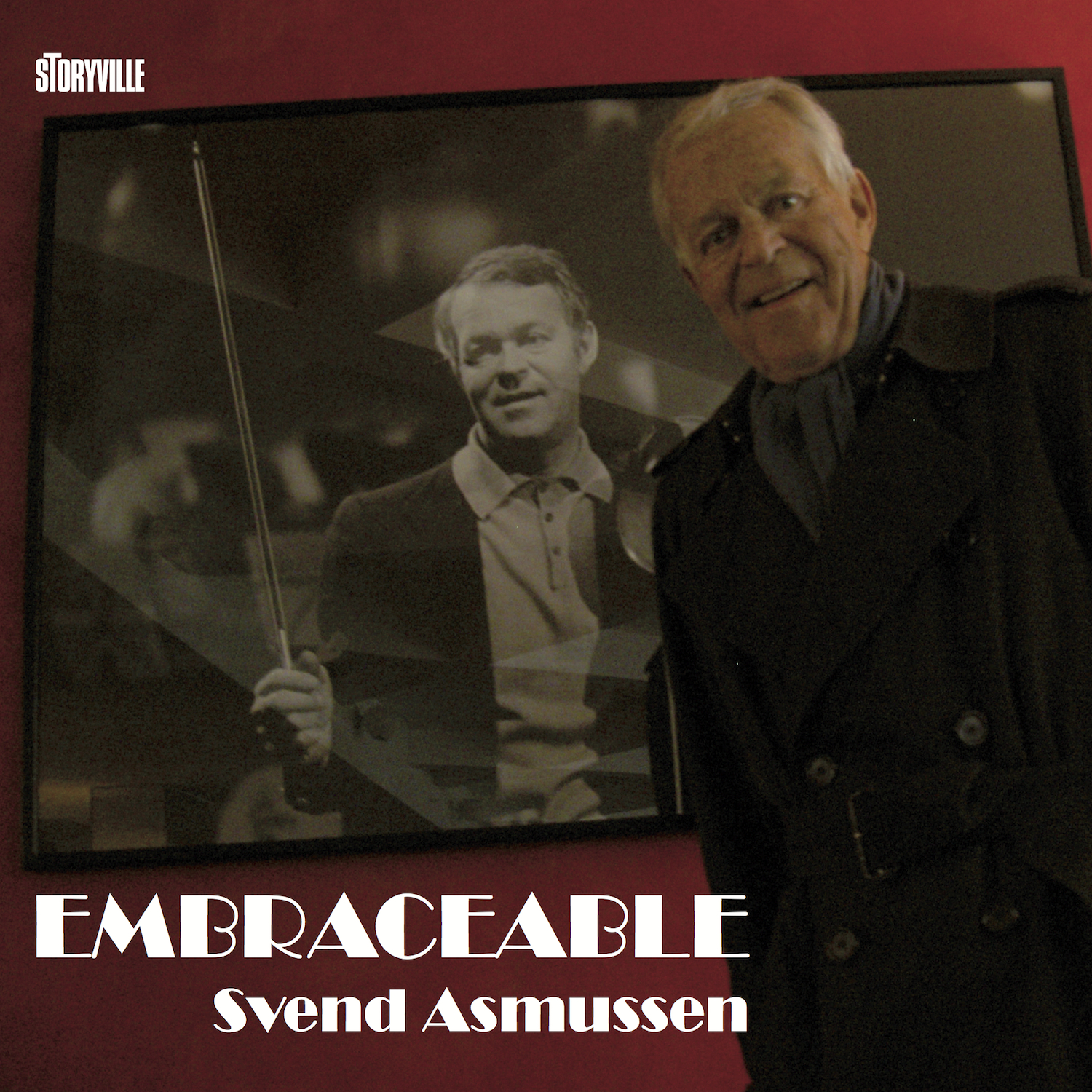 Storyville is now presenting previously unreleased material from world famous jazz violinist Svend Asmussen. ‘Embraceable’ was recorded in Paris 1985 and now 30 years later Asmussen has found this recording in his home and is now released on the occasion of his 99th birthday the 28th of February.

”I had never thought that this September Parisian night would be released and scrutinized, but honestly I think it is the best music I’ve ever recorded!” said Asmussen when he was interviewed about the new release.

In a tiny club in Paris with 26 guests he played a set with ’Singin’ in the Rain’ as his first tune. He played with three musicians he had never played with before and there was no rehearsal, only a few notes scribbled down. Just as they were about to play the radio man casually told them the concert would be broadcasted live on French radio and that Asmussen should present the set in French. This performance turned into Asmussen’s favourite recording as he enjoys the atmosphere and the spontaneity of this live recording.

"Asmussen's playing is firmly based in the pre-bebop jazz tradition but, unlike some players of his generation, his personal style didn't stop developing. [...] For never having played together before, incidentally, this foursome has remarkable drive and unity og purpose. It is magnificent this recording - originally done for radio broadcast - finally sees the light of day in CD form".
(The New York Jazz Record, issue 166, p. 31. February 2016)

"There has simply been no other in the history of jazz who have been able to play a violin as brilliant as Svend Asmussen, and here he is even in peak condition."

"A diminutive event, captured and perceptuated as a musical post card from Paris on that particular September night in 1985, which today appears as a great night, quivering of life and spontaneity, showing the musicians' joy of playing together."

"It is an intimate performance with a musician who does what he does best. He makes contact with the listener with its rousing swing jazz, there are high spirits all the way."

"Give it a try! Maybe you'll even end up feeling like Asmussen himself: That this exact record is the one you'll choose to return to"

"One thing you've gotta love about violinist Svend Asmussen; he's in love with swinging and he's got a sound that is completely personal.(..) Asmussen's joyful approach to the violin is identifiable in his ability to mix gentle bows with a slap on the strings that is as striking as ringing a bell to start a boxing round."

"There is an air of mischief in his playing, as if he knows he's using the most sacred instrument in classical music to create impudent jazz. He play with a sharper edge tahn Grappelli, twisting notes in a style almost equivalent to that of Stuff Smith."

Svend Asmussen is in top form and says that this CD is the only one from his long career he really likes and enjoy listening to. I of course believes what he says,

It is easy to recommend this CD as there is never a dull moment. It is a must for people who love jazz violin.

He shows throughout the enjoyable effort (and dozens of other albums) that he was one of the best jazz violinists of all time.

It is magnificent this recordng.