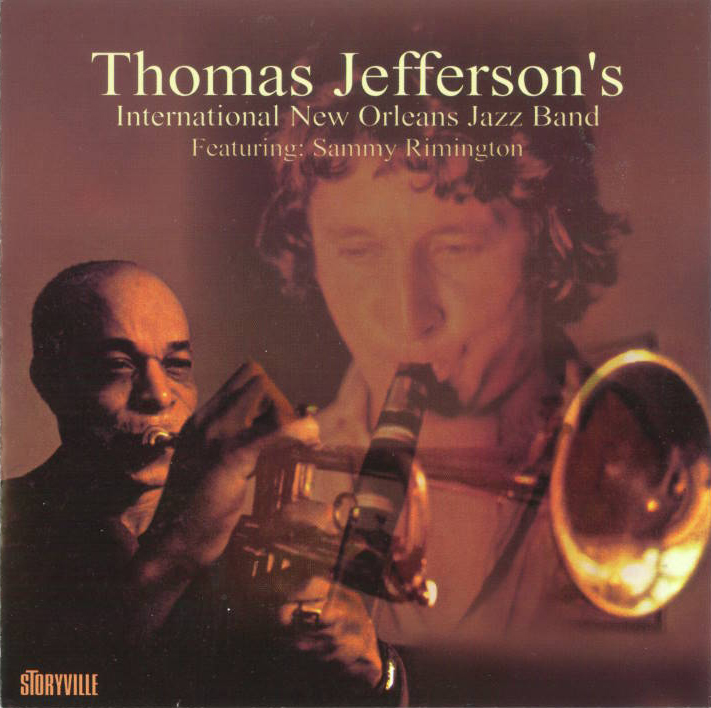 The session on this CD was recorded live in Denmark in 1974, with Jefferson backed by top Danish traditional jazz musicians, plus the great English alto saxophonist and clarinettist Sammy Rimington. The repertoire consists of classic New Orleans traditional jazz standards, and the musical style is also mainstream New Orleans. Thomas Jefferson, born in 1921, spent most of his life in New Orleans, especially playing clubs on Bourbon Street, and Louis Armstrong heavily influences his trumpet style. As this live CD reveals. Jefferson was a master of picking the right songs at the right tempo, and was as expert crowd-pleaser.

St. Louis Blues Mardi Gras Into Each Life Some Rain Must Fall I'm In The Mood For Love When You're Smiling Some Of These Days Over The Waves Indiana Way Down Yonder In New Orleans