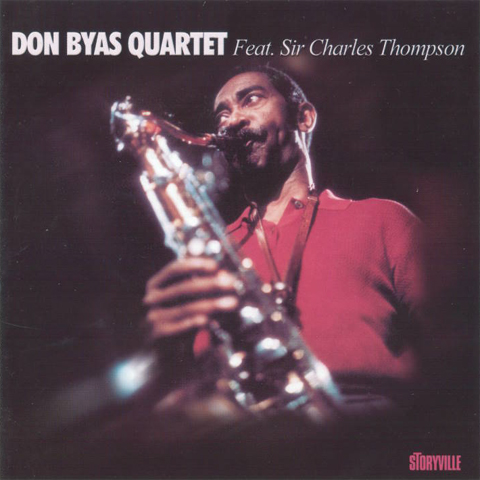 Live 1967 quartet session from Switzerland. The concert consists of ten classic jazz standards, played in the be-bop/mainstream jazz style to a clearly appreciative audience. They are all tunes which Byas and Thompson played when they worked together on various occasions during the 40’s and 50’s. Both Don Byas and Sir Charles Thompson worked with Coleman Hawkins early in their musical careers, and went on to be important proponents of the revolutionary be-bop style. Their style and ideas were wonderfully compatible, as can be heard in this relaxed reunion from 1967. While late in his career, Byas was at the peak of his powers. Some of the absolute best ballad-playing of Byas’ career can be heard here on “Loverman”, “Gone With The Wind” and “Tenderly”.