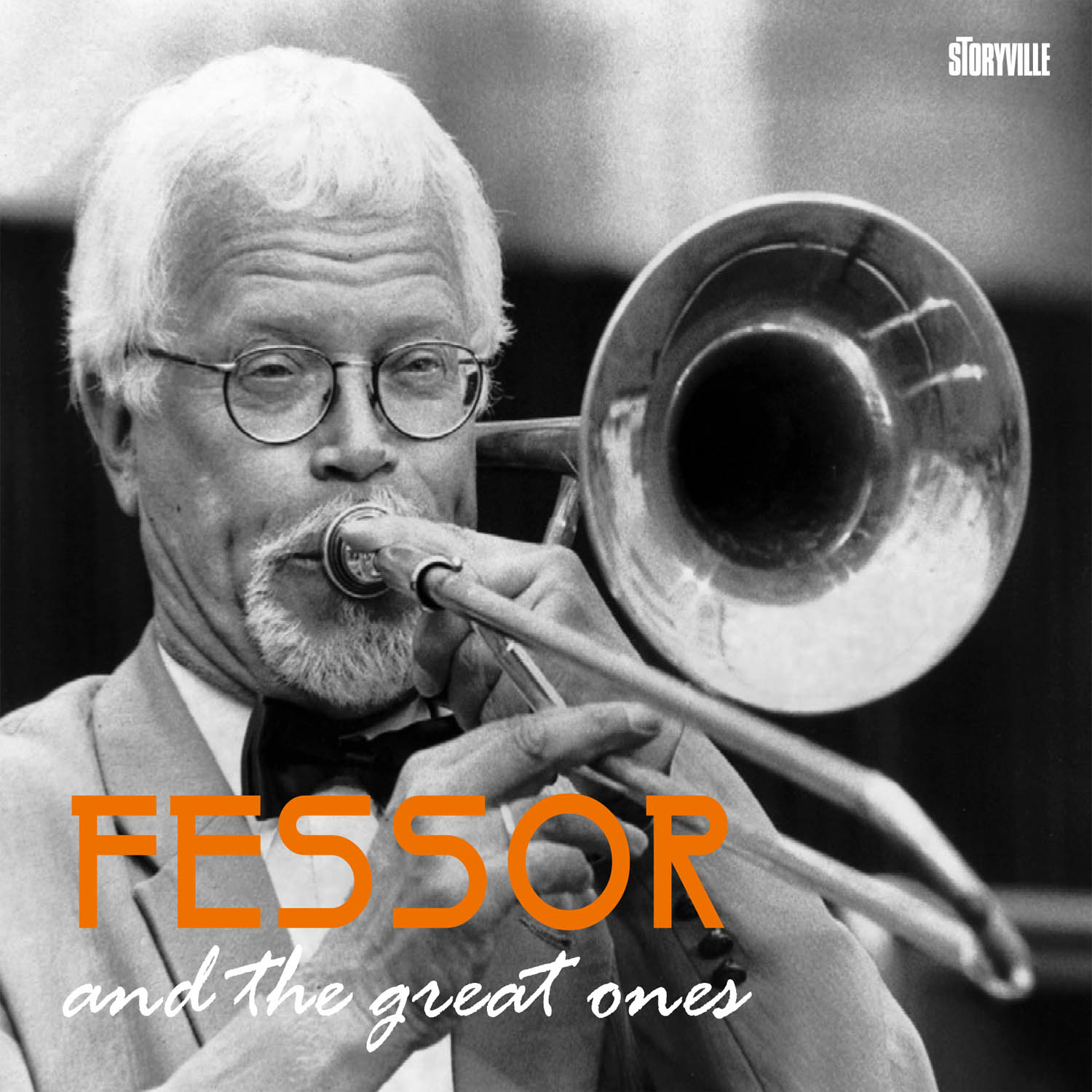 Fessor and The Great Ones

Next to Papa Bue, Fessor is the most famous bandleader in Denmark. Ole “Fessor” Lindgreen will be 75 years old on May 16th, and Storyville Records is releasing a double CD to mark the occasion. Fessor, like Papa Bue, plays the trombone. His Big City Band featured some of Denmark’s best musicians and was on the scene for decades, (1968-2003), playing 230 gigs a year and performing many places around the world - from Copenhagen to New Orleans.

Fessor has also recorded, played and toured with a number of famous American jazz musicians, like Wild Bill Davison, Ralph Sutton, Sammy Price, George Kelly, Gene “Mighty Flea” Connors, Jay McShann, Doc Cheatham, Herb Hall, John Williams, Al Casey, Claude Williams and Champion Jack Dupree. His love of New Orleans - and the respect he earned from musicians there - resulted in two recordings made with these artists in “the birthplace of Jazz”. Both of these sessions can be heard on CD 1.

On CD 2 are previously unreleased live recordings from Denmark. One is with Fessor’s Riverboat Stompers from the Riverboat Festival on June 26, 2010; the other is a club gig with Fessor’s Jazz Kings in Køge on March 24, 2012.

Ole "Fessor" Lindgreen has just celebrated his 75th birthday and this was marked with the release of this double CD.

Can good sounds really be this easy?

I haven't been to heaven yet, so I haven't seen perfection yet, but this sure gives at least a hint of it.

This CD does eminently what it sets out to do: it shows the man in the impressive round.

All in all, this is an excellent collection, restoring a number of tracks from older sessions probably not destined for wide rerelease and some interesting newer sessions featuring a mix of elder and newer musicians on the scene. Lindgreen in the notes mentions that while his bandleading career is over (he still frequently plays with others), he looks happily back on the wide variety of jazz he was able to make his earlier years.

Sweet Lorraine Chicken Out Copenhagen Blues Indian Summer Crazy Eddie Blue Feeling Copenhagen Stew T'Aint Nobody's Business A Little Street In Copenhagen Doc's Lullaby Woodpecker Big Green After Theatre Jump Greasy Ribs Gloryland The New Orleans Connection Our Love Is Here To Stay I Want To Be Happy St. Louis Blues Do You Know What It Means To Miss New Orleans Get Out Of Here Bugle Boy March Make Me A Pallet On The Floor Fruit Punch How Come You Do Me Like You Do Mood Indigo Wrap Your Troubles In Dreams Moonglow Turn Around