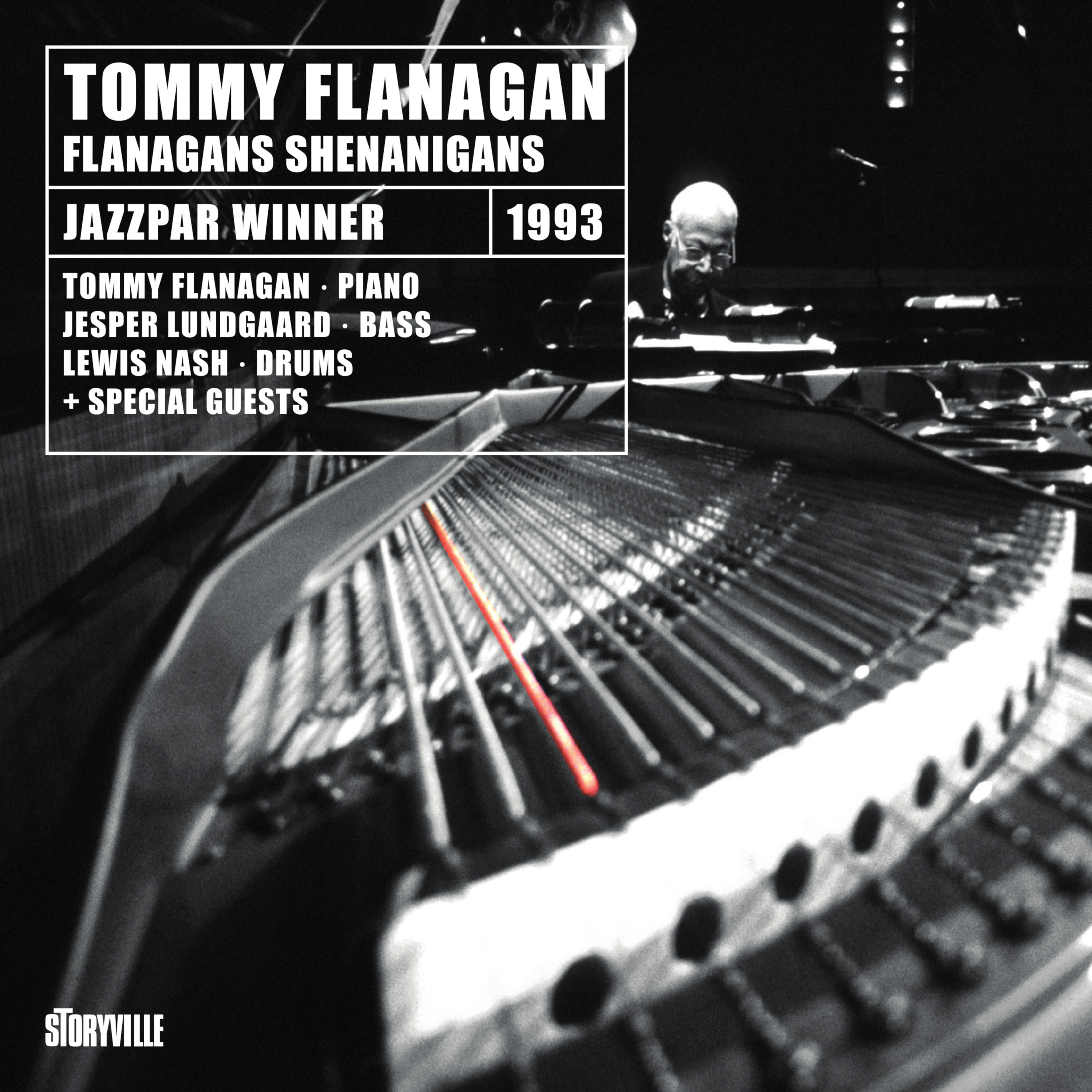 Release Feb 14th (US: March 13th)
As one of the world's best accompanists, Tommy Flanagan was given few opportunities in his career to showcase his skills as a composer and arranger for larger ensembles. On Flanagans Shenanigans we hear him both in the trio format and with a fantastic Danish brass section with Jesper Thilo in the lead.
The JAZZPAR award was awarded 16 times to a host of the world's greatest musicians, all of whom deserved greater attention.
The man behind it all was Arnved Meyer who uniquely got the Scandinavian Tobacco Company to sponsor the prize of DKK 200,000. An unprecedented amount of money in Danish jazz at the time. Among other things it allowed Tommy Flanagan to get a required by-pass operation. Thanks again to Arnved Meyer.
Now Storyville is releasing a number of recordings that both award winners and Danish musicians were allowed to make as part of the awarding of the JAZZPAR awards. All have been re-mastered and redesigned by the Danish star graphic artist Finn Nygaard. In addition, there are new liner notes by Brian Priestly and booklets contain unprecedented photos by Jan Persson. Over time, several productions are scheduled for re-release as a tribute to the participating musicians and a unique project in Danish jazz.
Tommy Flanagan worked with names such as Art Tatum, Teddy Wilson and Nat King Cole and also served as Ella Fitzgeralds full time pianist for a long period of time. On Flanagans Shenanigans we are finally able to experience his talent as the main artist. Tommy Flanagan won the JAZZPAR award in 1993.