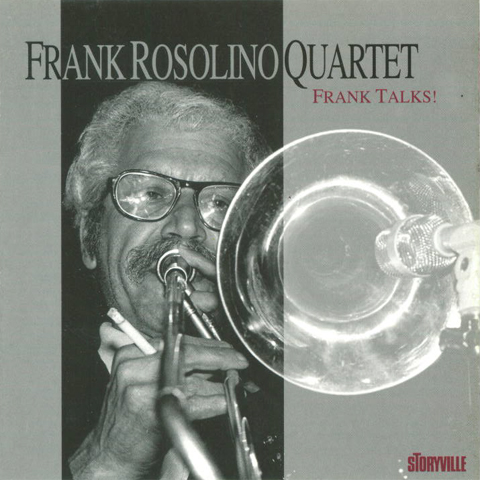 Frank Rosolino was an immensely popular figure with other musicians and always had a seemingly endless supply of jokes. He became the first choice trombonist of arranger Benny Caner, who admired his playing greatly. His distinctive trombone work was also to be heard on records with Frank Sinatra and he was an automatic choice whenever a trombone section was needed in the Hollywood studios.. In the summer of 1978 Frank Rosolino did what was to be his last solo tour in Europe. At the end of August he was in Copenhagen to play at Siukefter in the Tivoli Gardens which is where the present CD was recorded by the Danish Broadcast Corporation. The excellent Thomas Clausen Trio backed him and with no restrictions on lenghts of performances the quartet was allowed to expand the chosen pieces. Frank is really talking here!

Blue Daniel How About You? Straight No Chaser There Is No Greater Love Waltz For Diane