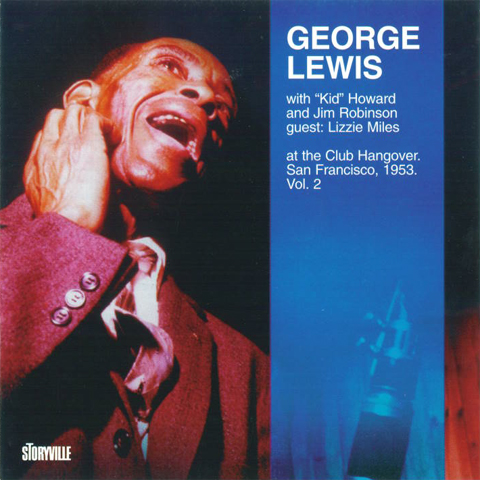 At the Club Hangover Vol. 2

This CD. with its companion release (Storyville STCD 6024), possesses the ability of a mythical Genie emerging from a bottle to release glorious sounds that were broadcast 40 years ago. They will rekindle many memories among George Lewis' admirers, and ignite a fresh glow in the hearts of new fans who are certain to respond to his music. Most of the tunes played on these historic broadcasts, while very familiar today, were introduced to us by the Lewis band. Except for Avery ''Kid" Howard. these were the same men who rocked the old Stuyvesant Casino eight years earlier when Bunk Johnson's New Orleans Band made its New York debut. The gifted members of this fine band achieved international prominence for their valuable contribution to the revival era. Since each of their individual styles has been perpetuated by several generations of younger musicians, their immortal status is assured. The release of this valuable material underscores that assurance.