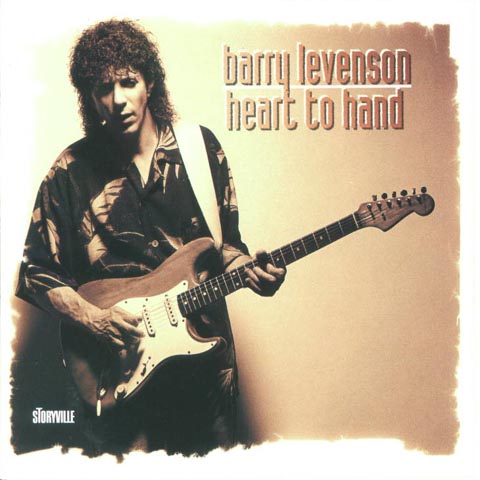 Barry Levenson's "Heart To Hand" is a surprisingly disc in more ways than one. First, it's surprising that a talent such as Levenson's has not been heard from before. Second, the breadth and scope of the music and the musicianship is surprising from such a relative "unknown". Finally, that this release is not on a major label is surprising! Levenson is, first and foremost, a musician. Inspired to play guitar after listening to Buddy Guy's quintessential blues opus, "A Man and the Blues", Levenson's musical pilgrimage has taken him from being a blues purist through jazz, r&b, studio work and finally fronting his own band. This disc is actually not Levenson's first release, he had an earlier release on the resurrected Kent label which evidently received limited release and no promotion in America. Apparently leaving a bad taste in his mouth for recording labels, Levenson has made a stellar disc on his own, production wise. Combining the influences of his musical journey, Levenson works through eleven cuts that merge his love for West Side Chicago blues with r&b and jazz, performed with a razor's edge approach to the guitar ala Danny Gatton (another influence to whom Levenson pays homage here). The majority of the cuts are flowing, sometimes driving, instrumentals, but with vocals on three being contributed by Williams Sisters member Mary Williams, Finis Tasby and Johnny Dyer. While the purist may wonder at times where Levenson's music is headed, the journey is always exciting. Levenson has indeed communicated his "Heart to Hand", and the listeners always benefits from it!