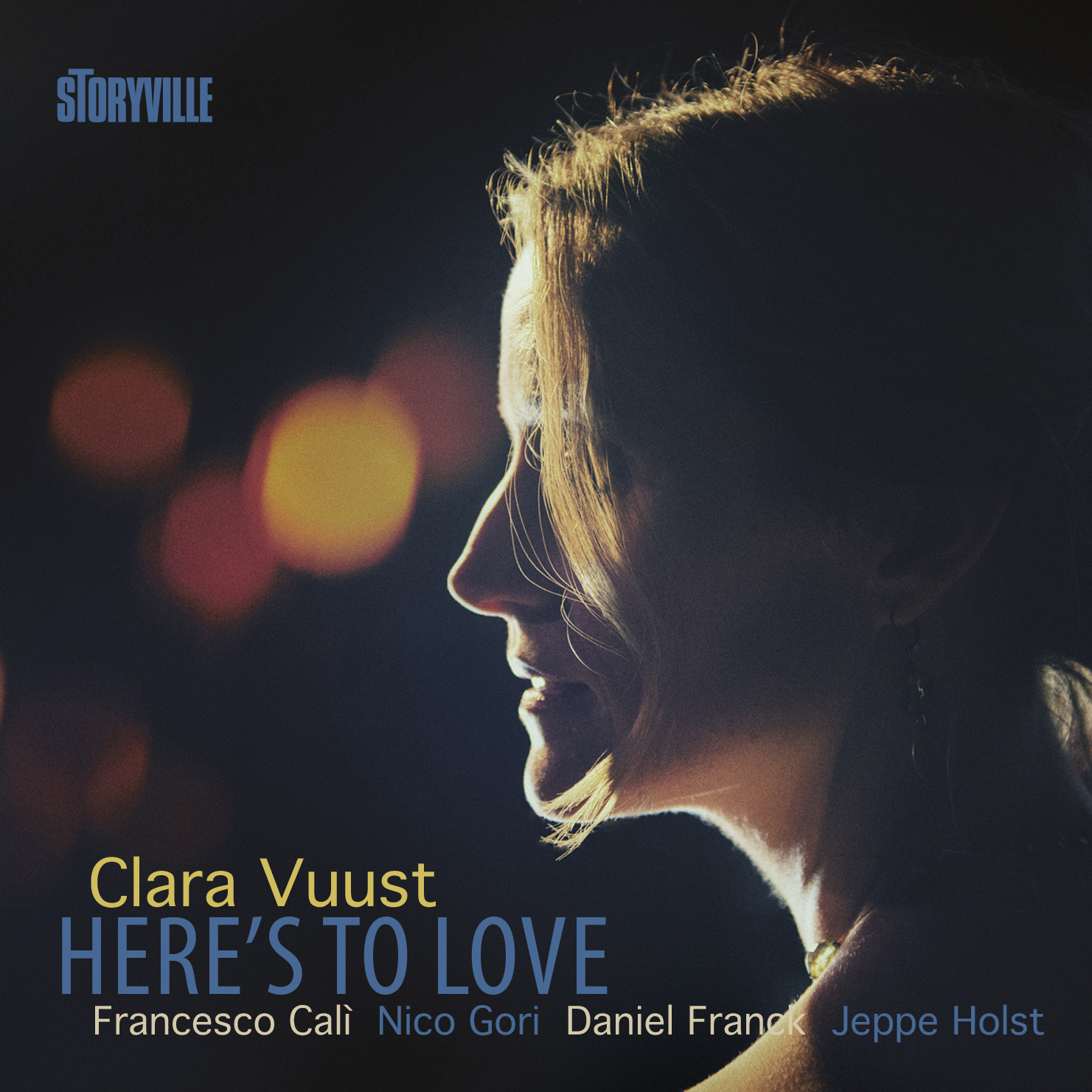 Danish jazz singer Clara Vuust presents, together with two great Italian jazz musicians Francesco Calì and Nico Gori, a new album that blends Nordic lyricism and South-European passion. The album contains a variety of different songs, from jazz evergreens such as "Time after Time" and Charlie Chaplin's "Smile", to French ballads and Brazilian bossa nova. The album also features new compositions influenced by the melancholic tone of Sicilian folk music. Although the songs are sung in different languages and represent different cultures, they revolve around the same theme:

"The songs tell us about something universal: Love. How we find it, and how we feel when we lose it again. These songs will continue to touch us" says Vuust.

The title of the album "Here's to Love" is also a line from the song "Here's to Life", one of Clara's favourite standards, here recorded in duo with Francesco Calì. Calì also arranged all the tracks on the album and the presence of Nico Gori was an obvious choice:

"When I decided to make this collection of romantic songs that praise life and love, I was very sure that I wanted Francesco and Nico to be a part of it. They both play with a Mediterranean, warm touch and great emotion -  it blends well with the Nordic sound...".

The album also features a group of talented Scandinavian jazz musicians with Jeppe Holst on guitar, Daniel Franck on bass and Flemming Agerskov on trumpet.

Clara Vuust grew up in a family where music was part of everyday life. Her brother is the recognized jazz-saxophone player Christian Vuust and her cousin is double-bass player and music/brain researcher Peter Vuust. As a child she began to study classical piano and to sing in classical choirs, and it was not until later she discovered a love for jazz music that brought her to the Rhythmic Conservatory of Music in Copenhagen. She has since then toured and recorded with different ensembles in Denmark and Italy, including "Katania Quintet" with bandleader Francesco Calì.

"Here's to Love" is Clara Vuust's debut album as a solo artist.

Vuust has an expressive purity that holds a sensitive beauty and a poetical closeness.

Her voice and arrangements draw you to the dim light in the center of the dark room.

Denmark's Clara Vuust has a voice as clean and clear as the "ping" you get when you flick your fingernail against a piece of Scandinavian crystal glassware." She uses it to come up with a quite stunning debut album.

... a soft, mobile and well-balanced voice that fits the romantic and soft melancholic universe she moves about.