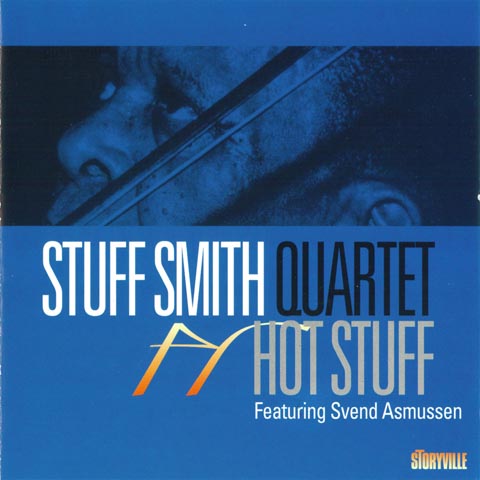 This CD was recorded in Copenhagen, Denmark, and consists of a live concert in Jazzhus Montmartre in 1965 and a radio studio session (with violinist Svend Asmussen) in 1966. The repertoire on the CD (74 min./13 tunes) consists of some standards (George & Ira Gershwin, Kurt Weil, Duke Ellington) and five Stuff Smith originals. The two rhythm groups are comprised of top Danish jazz musicians, plus the American piano star, Kenny Drew. The relatively long playing-time of the tracks allows Stuff Smith, Svend Asmussen and Kenny Drew to do some extended soloing. Many jazz fans will agree that Stuff Smith is the best jazz violinist of all time, and this CD presents him at his very best. The overwhelming energy, creativity, drive and humor in his performance is further enhanced by an unmatched musical virtuosity.