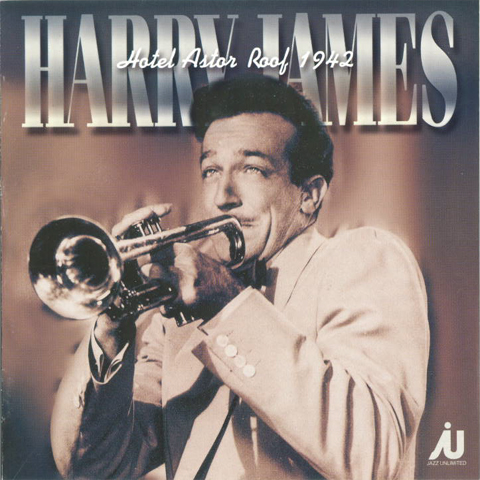 This CD consists of 23 tunes recorded live by the Harry James Orchestra in the fall of 1942, during a series of hugely successful concert at the Hotel Astor in New York. These shows had an attendance of 8500 patrons per week! The material here includes a broad spectrum of music – from standards to less-known tunes – but James’ throbbing, exciting and swinging musical trademark is always in evidence. Also strongly featured on this album is James’ own virtuoso trumpet playing and Helen Forrest’s beautiful vocals. An unusual, added feature is James’ use of a small string section. By 1942, the Harry James Orchestra was one of the hottest and most popular bands in the U.S. and this status is confirmed by the great music performed here. Also confirmed is James’ personal status as “the world’s number one trumpeter” as he is presented by the show’s radio announcer.

Harry James And His Orchestra