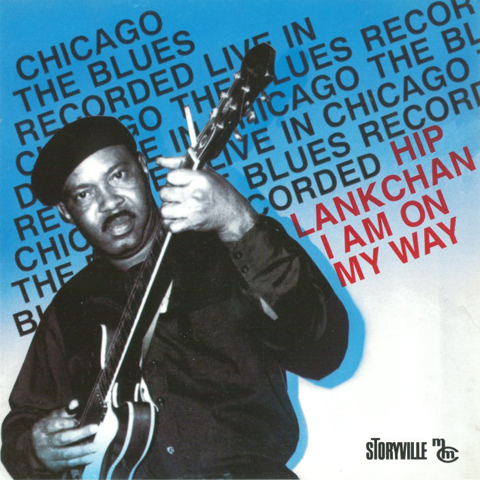 I Am On My Way

The blues clubs of Chicago's west side in the 1970s and 1980s were not forgiving places; there was not a lot of room for those who didn't match up to the requirements - and indeed expectations - of the last black blues audience. A blue-collar audience that had followed its chosen music with passion through the glory days of the post-war bar blues explosion and continued to support it when its main-men, such as Muddy Waters, Howlin' Wolf, Magic Sarn and Otis Rush had moved on to take advantage of the opportunities offered by the new, middle-class, white audience of the first 'blues boom' in the 1960s. One man who retained (he affections of this ageing group of the Old Guard was Hip Lankchan. With his distinctive guitar sound and harsh vocals Hip truly belonged in those clubs and it was in one of them, Ma Bea's at 3001 West Madison, that the recordings featured on this CD were made on the first of November 1976. Working with a tight group of west side regulars he puts down a show made up of songs credited to Jimmy Rogers, Magic Sam, Little Walter, B.B. King, Lowel! Fulson and even Chuck Berry, as well as a couple of his own, to assert, once and for all, his true position as a stalwart of the Chicago blues.

You Left Me With A Broken Heart I'm On My Way Last Night All Your Love I Don't Want No Woman Black Nights Reconsider Baby Somebody Loan Me A Dime Same Old Blues WhyI Sing The Blues My Man Johnny B. Goode