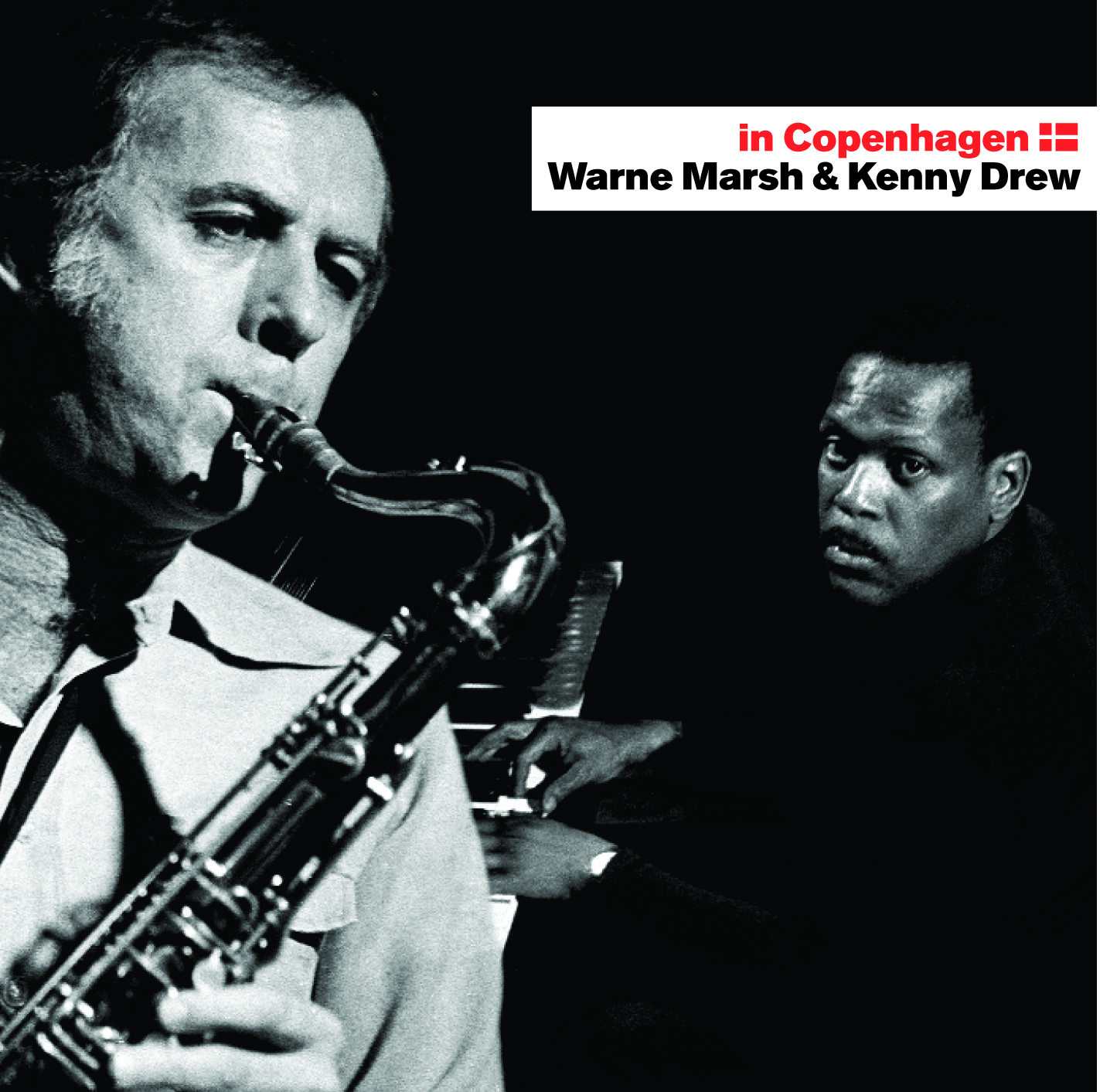 WARNE MARSH & KENNY DREW TRIO ««««« TOPAWARD Jazzman, France Warne Marsh (tenor sax), Kenny Drew (piano) Bo Stief (bass), Aage Tanggaard (drums) Warne Marsh was one of the most pure, imaginative and creative improvisers jazz has ever known. This CD comprises tracks he recorded in Copenhagen on April 21 1980 with the Kenny Drew Trio for a Danish radio broadcast and is the first authorised release of this music. Marsh, the seasoned veteran of a thousand jam sessions, never had the least difficulty in coming to terms with a new challenge and the four musicians functioned together like a regular unit. Pianist Kenny Drew was an established member of the Danish community and had taken up residence in Copenhagen in 1962. Drummer Aage Tanggaard has frequently worked with pianist Duke Jordan and Bo Stief is one of Denmark’s best known bass players whose credits include working with Lockjaw Davis and Ben Webster – he is probably the only musician to have recorded with both Wild Bill Davison and Miles Davis. I Got A Good One For You (based on "It’s You Or No One"), Sophisticated Lady, On Green Dolphin Street, Sippin’ At Bells, Everytime We Say Goodbye, Little Willie Leaps, Easy To Love, Body And Soul, Ornithology, Star Eyes, Softly As In A Morning Sunrise. The very fine « Storyville » label reissues a new serie called « In Copenhagen », remastered with class. These are from rare live concerts made by famous americans musicians visiting Denmark. Jean-Michel Reisser, Lausanne, Switzerland Warne Marsh & Kenny Drew We often forget how great improvisor and innovator was Warne Marsh. I can say the same for great Kenny Drew too. The meeting of these two gentlemen of the music resolves of an incredible encounter with a full of surprises when you’ll listen to that album. This recording is one of Warne’s best later album ever The drummer is especially giving a lot of punch and great times to the rest of the group, making our tenor playing more than he usually plays. It’s a great Jazz recording and another must to have !

I Got a Good One for You Sophisticated Lady On Green Dolphin Street, No. 2 Sippin' at Bells Ev'ry Time We Say Goodbye Little Willie Leaps Easy to Love Body and Soul Ornithology Star Eyes Softly, As in a Morning Sunrise [No. 2]