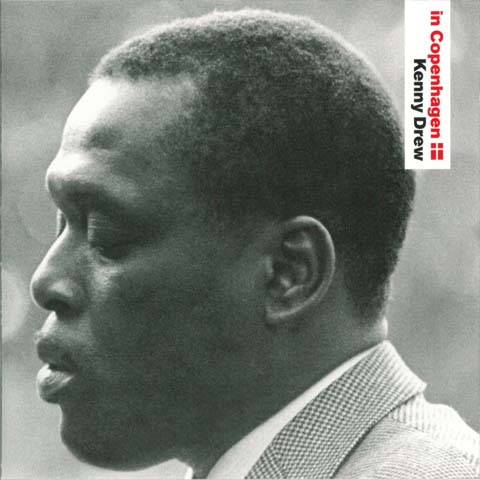 KENNY DREW/IN COPENHAGEN For much of his lifetime, the great Kenny Drew was extremely well-known throughout the European jazz community, yet largely forgotten in his homeland the USA. The reasons for this were directly linked to his decision to become an expatriate and his determination to stand by that decision. He first lived in Paris, while commuting to other parts of Europe for festivals but after moving to Denmark and marrying the daughter of pianist Leo Mathisen, Drew entered the period covered by this album. Kenny was now able to draw together the threads of his already identifiable style and to develop it in a wider variety of contexts. His accompaniment work at Copenhagen’s Montmartre not only renewed his acquaintance with such musicians as Griffin, Gordon, McLean, Rollins and the ageing Hawkins but brought him into contact with players he might otherwise not have met such as Ben Webster and Stuff Smith. Everything I Love, Odd To Mariann, Willow Weep For me, Swingin’ Till The girls Come Home, Yesterdays, Blues For Nils, A Simple Need, Whisper Not, Blues For Nils, There’s No Greater Love, Ack Värmland Du Sköna Cat # 1018520 Barcode 717101852024 The very fine « Storyville » label reissues a new serie called « In Copenhagen », remastered with class. These are from rare live concerts made by famous americans musicians visiting Denmark. Jean-Michel Reisser, Lausanne, Switzerland Kenny Drew These are duets in 1966 with bassist NHOP, then solos and duets with excellent bassist Bo Stief in 1983. It’s a good occasion to rediscover the still underrated but giant pianist Kenny Drew, not that popular here. One day, NHOP told me : « You know what ? Kenny was one of the three piano players that I played with who took so many risks in any notes and phrases he played ! » Coming from NHOP, I think it’s enough to say ! Enjoy these great sessions ! Audio Samples soon!