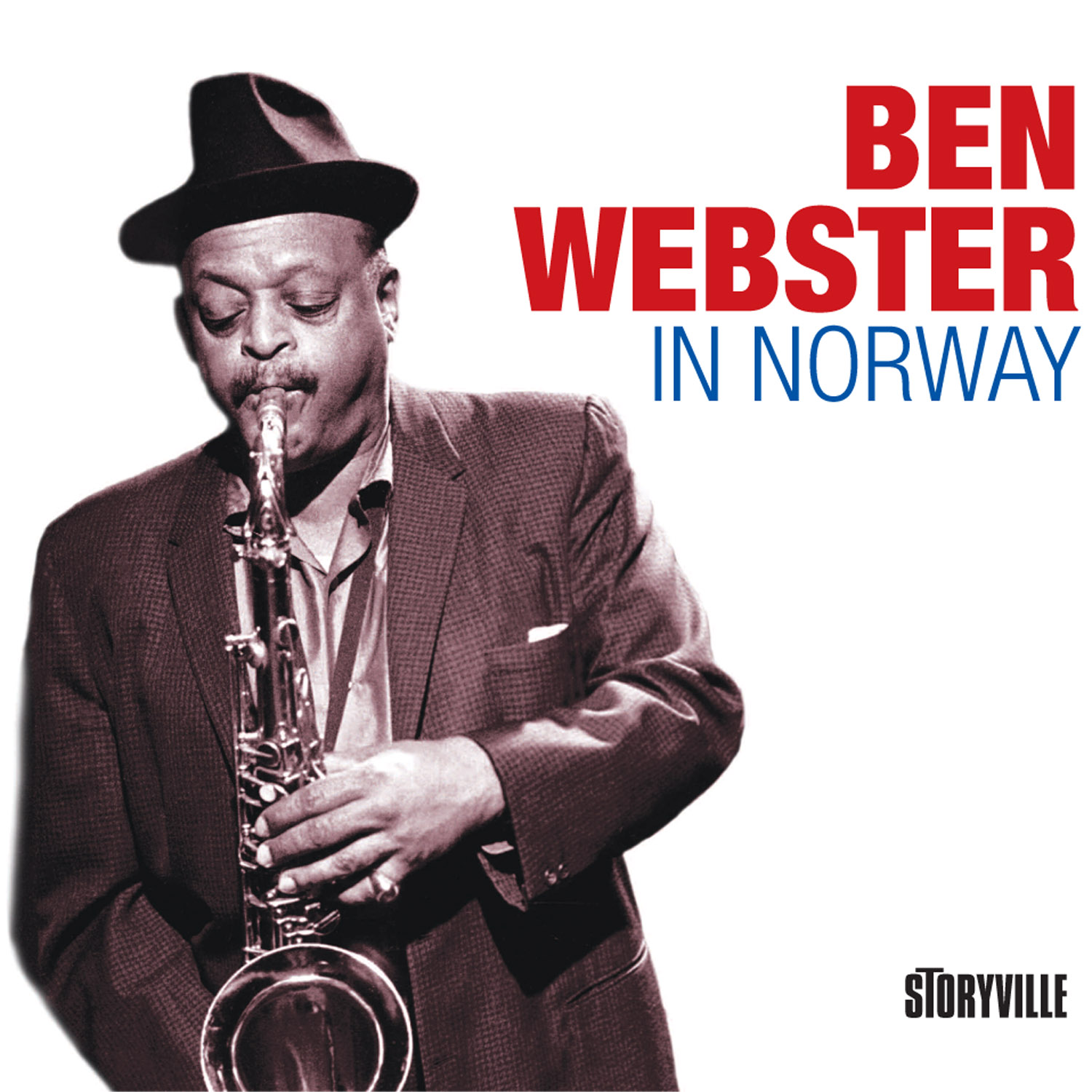 In March 1970 Ben Webster was invited to Trondheim in Norway to play five concerts in three days, all sold out. The concert on March 17 was recorded, not by a record company but by private people. This unissued recording is now available in a re-mastered edition. Tore Sandnæs was the pianist in the session. Ben liked him because he was inspired by Oscar Peterson. Bjørn Alterhaug (b) and Kjell Johansen (dr) were two local musicians. He was very satisfied with the trio. The repertoire was mainly Duke Ellington compositions like “In A Mellowtone”, “Satin Doll”, “C Jam Blues” and “Cotton Tail” plus standards like “Star Dust” and “I Got Rhythm”.

Ben Webster was born in Kansas City March 27, 1909 and died in Amsterdam September 20, 1973. He is buried in Copenhagen. He came to London in December 1964 for a gig at Ronnie Scotts club and stayed in Eu- rope for the rest of his life. He was engaged at the New- port Festival but cancelled the date the day before he was supposed to arrive. He never came back to USA.

"In Norway is a find that should be seen as a milestone in Norwegian jazz history.The picture of Ben Webster on skis is worth the payout alone."

It is a fine experience and to hear it the first time was such a thrill. I would go so far as to say this is a necessary addition to your jazz library. The sound quality is real good.

"Brute was a giant, up there with Coleman Hawkins and Lester Young. That took a lifetime of hard work. He made it sound easy, that's all."

If you think Webster was just stuck in the swing tradition, give a listen to his lion-like roar on “Sunday.” He makes Albert Ayler sound like Kenny G, for Pete’s sake!  This is music that is as life affirming as freshly picked blueberries. You can feel the anti oxidants enter your body with each note.

This is a very welcome additon to Ben Webster's recorded legacy.