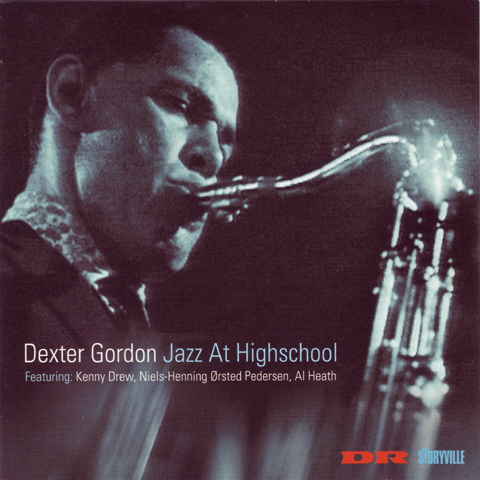 This CD was recorded live by the Danish National Radio at a jazz clinic for music students at a high school in Denmark in 1967. The 50 minutes of music (five tunes) are being released here for the first time, and the sound quality (recorded by the National Danish Radio) is very good. The repertoire consists of three high-powered be-bop tunes – two of which Dexter recorded on BlueNote Records in the early 60’s - plus two tender ballads. As this live concert from 1967 clearly reveals, the ten years during which Dexter lived in Copenhagen (from the mid-60’s to the mid-70’s) probably comprise the strongest period in his career, where his technique, power and maturity reached their peak. The rhythm group Dexter chose for this session – one of the best in Europe, and possibly the world – was his favorite rhythm section at that time (when he performed regularly at the famous Jazzhus Montmartre), three men, led by the famous pianist Kenny Drew, who could match Dexter’s musical prowess and help boost him to the impressive artistic plateau heard on this recording.

Soy Callifa You Left Me With A Broken Heart The Shadow Of Your Smile I'm On My Way Society Red Last Night For All We Know All Your Love The Blues Up And Down I Don't Want No Woman Black Nights Reconsider Baby Somebody Loan Me A Dime Same Old Blues WhyI Sing The Blues My Man Johnny B. Goode