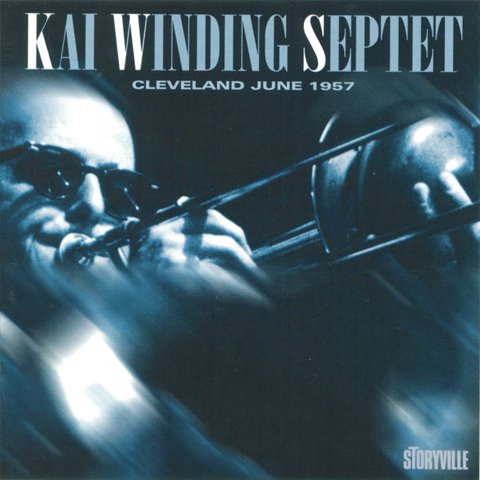 A native of Denmark, Kai Winding moved to the U.S. in 1934 when he was twelve, and began playing trombone three years later. With the be-bop explosion after World War II he was in the forefront of musicians who transformed trombone-playing to a style which was quick, innovative and exciting. After beginning his very successful partnership with fellow trombonist J.J. Johnson in the early fifties, Winding proceeded to expand his trombone group concept to four trombones by finding three new trombonists who had mastered the difficult be-bop idiom. Of these three, Carl Fontana today is perhaps modern jazz’ leading trombonist. Thanks to Kai Winding's choice of the right, like-minded trombonists (and rhythm section), and to his tasty, swinging arrangements and choice of material, plus the great individual performances, this live session from 1957 shows just how captivating and pleasurable modern trombone-jazz can be.