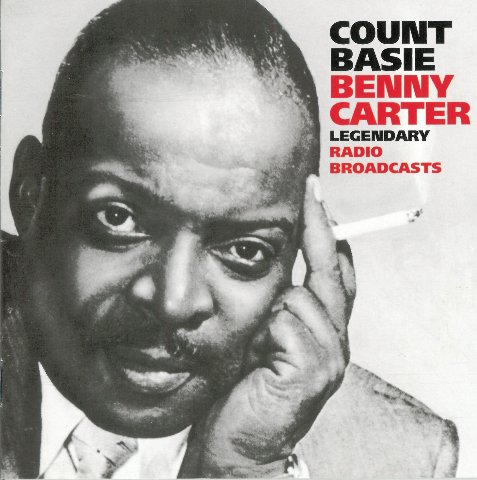 LEGENDARY RADIO BROADCASTS: This is the start of a new series of famous radio broadcasts – more fine artists to follow a.o.: Ella Fitzgerald, Mildred Bailey, Fats Waller, Cab Calloway etc. It was in the 30ies and 40ieswhen the radio was the most important media before television took over. There were many different radio broadcasts all over USA. Live programs from different concerts and studio recordings. Count Basie had nightly broadcasts from Reno Club in Kansas City. When John Hammond heard a broadcast he went to Kansas City to hear the band in person. He then decided to bring it to New York City where they opened at the Roseland. To be regular featured on the radio was the best promotion an artist could get. Storyville has found many fine radio programs with various artists that will be released in the Legendary Radio Broadcasts series. COUNT BASIE The first 15 minutes of the oldest preserved broadcast from Chatterbox, Pittsburgh, February 10, 1937 are included on this CD. The titles are Moten Swing, King Porter Stomp, I’ll Always Be In Love With You, You do the Darnest Things, Baby and Swinging At The Daisy Chain. Lester Young, Buck Clayton, Walter Page, Jo Jones and vocalist Jimmy Rushing are members of the band. Two other broadcasts are included. CBS "American Dances" the complete broadcast, New York, July 9, 1938 and also the complete broadcast from Southland, Boston, 1940. Dicky Wells, Harry Edison and Helen Humes are now in the band. BENNY CARTER After a three-year stay in Europe, Benny Carter Assembled and rehearsed a big band to perform at extended engagements at the Savoy Ballroom in Harlem. His nightly broadcasts from "The Home Of The Happy Feet" were recorded on at least ten different occasions. Five numbers, broadcast from the Savoy Ballroom on May 20, 1939, are included on this CD. Three other broadcasts are from Trianon Ballroom in California 1946 and Southern California Ballroom, late 1942 0r early 1943. The third is recorded in NBC Studios, Hollywood 1943. It is a swinging big band and Benny Carter can be heard on alto saxophone, trumpet and clarinet. Four of Benny Carter’s composition are also on the CD: Fish Fry, Back Bay Boogie, Opening Night and his theme song Melancholy Lullaby.

Count Basie And His Orchestra

Benny Carter And His Orchestra